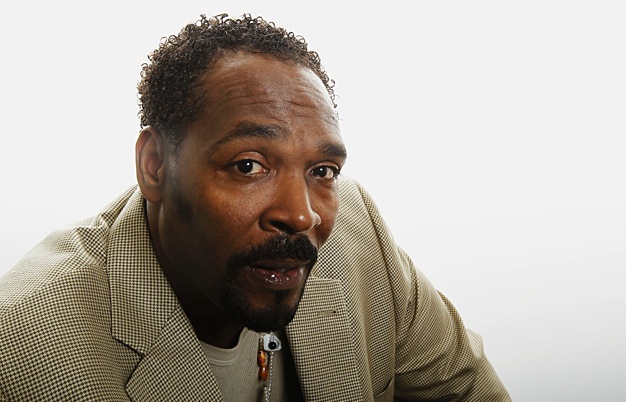 Rodney King Found Dead in the Bottom of a Pool at Age 47! [video]

Rodney King was found dead today in the bottom of a Pool.  King was only 47 years old.  There are not a lot of details released regarding his death as of yet, but it has been confirmed by his fiance as well as his representative Suzanne Wickman.

I’m sure more will be revealed as more is known.

WHO IS RODNEY KING?

I just realized that some of the younger readers were really young when this entire thing went down 20 years ago.

At age 25 King changed Los Angeles forever.  King was out on parole for a robbery conviction when he got pulled over for speeding.  He was drinking and heading  home from a friend’s house when he saw the cops following him.  He got scared and didn’t want to go back to prison so he hit the gas and took off.

In an it interview with CNN, King described how he panicked,

Once he figured out that he can’t out run the cops he looked for a public place to pull over so there would be witnesses to anything that went on.  This turned out to be the smartest move of his life, one that would literally cause riots in the street. In the days before I-phone and camera phones, an amateur cameraman taped the scene that showed King getting hit over 50 times with the cops baton and getting zapped with a stun gun.  Beating him as if he were a caged animal.  They nearly beat Rodney King to death.

King needed 3 surgeons operating on him for 5 hours to save his life.

Four LAPD officers were charged with assault with a deadly weapon and excessive use of force by a police officer.  Following a three-month trial three of the officers were acquitted of all charges.

This turned LA into a battle ground.  African Americans and all people of color rioted, looted and lashed out for 3 days.  It looked like a third world country.  The news just showed what appeared to be days and days of fires, broken glass, violence…it was truly scary.

King, the person who started it, also helped stop it.  This is where he made the now infamous plea on television helping to seize the riots,

Can we get along?”

The riots caused 50 deaths and $1 billion dollars in property damage.

Nearly a year later, the four officers were tried in federal court on civil rights charges. This trial would be very different from the first: It took place in Los Angeles, two African-Americans were picked for the jury and King actually testified this time.

Officers Koon and Powell were found guilty, the other two involved were acquitted.

King then sued the city of Los Angeles and won 3.8 Million dollars in damages.  $76,000 for every hit he took from the baton.

Since then King has had other run ins with the law that all stem from drinking. He even appeared on Celebrity Rehab to deal with his problems.

Just like Martin Luther, this King had a modern day effect on how we view race and power in the US today.  Even if it wasn’t on purpose it changed L.A. and the rest of the US forever.    R.I.P.  Rodney.

Here is a recent clip of King speaking out after 20 years.