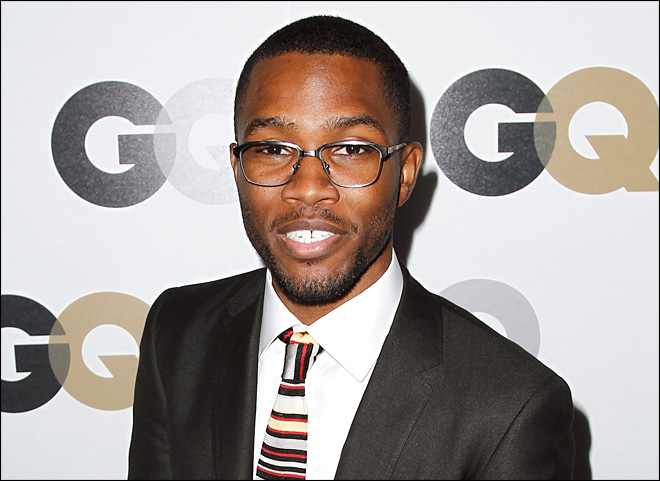 Maybe he summoned courage from Anderson Cooper’s statement last week.  For some reason Frank Ocean thought today was the day for his own personal statement.  Ocean goes Lauryn Hill style and takes to his Tumblr page as the venue for his testimony.    His testimony is one of how he fell in love….with a man.

“4 summers ago, I met somebody. I was 19 years old. He was too. We spent that summer, and the summer after, together. Every day almost, and on the day we were together, time would glide. Most of the day I’d see him, and his smile. By the time I realized I was in love, it was malignant. It was hopeless,”

Ocean has been subtly trying to come out via his newest album and the jig was up after website thisismax reviewed his latest work, “Channel Orange” and she noticed some “hims” where we thought there should be “hers”.  Max wrote,

On the songs ‘Bad Religion’ ‘Pink Matter and ‘Forrest Gump’ you can hear him sing about being in love and there are quite obvious words used like ‘him’ and not ‘her’.

After the article twitter and the rest of the internet went crazy, which prompted Ocean to set the record straight.  Before his statement Ocean referenced the rumors,

“BASEDGOD WAS RIGHT. we’re all a bunch of golden million dollar babies. my hope is that the babies born these days will inherit less of the bullshit than we did. anyhow, what I’m about to post is for anyone who cares to read. it was intended to fill the thank you’s section in my album credits, but with all the rumors going around.. i figured it’d be good to clarify..”

Russell Simmons was amongst he first of the hip hop A-listers to congratulate Ocean.  Russell used his website Global Grind and posted a letter to Ocean,

Today is a big day for hip-hop. It is a day that will define who we really are. How compassionate will we be? How loving can we be? How inclusive are we?

I am profoundly moved by the courage and honesty of Frank Ocean. Your decision to go public about your sexual orientation gives hope and light to so many young people still living in fear. These types of secrets should not matter anymore, but we know they do, and because of that I decided to write this short statement of support for one of the greatest new artists we have.

His gifts are undeniable. His talent, enormous. His bravery, incredible. His actions this morning will uplift our consciousness and allow us to become better people. Every single one of us is born with peace and tranquility in our heart. Frank just found his.

Frank, we thank you. We support you. We love you.

Well said Russ.  Let’s see what the impact is on the hip hop community.  We might  be surprised who jumps out of the closet after Ocean.