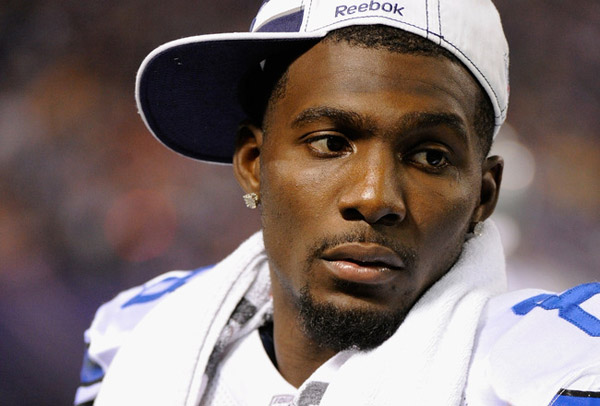 Dez Bryant was arrested for laying hands on his own MOM!

Dez Bryant was arrested for laying hands on his own MOM!

According to the police file, Dez became angry on Saturday when his mom through him out during an argument.  He was so pissed he grabbed his mom up by her t –shirt (ripping her bra in the process) and hair and hit her across the face with his baseball cap.

The ill part is, if his mom is telling the truth, this isn’t the first time he’s hit her.

“I can’t let him keep doing me like this. I’m gonna put an end to it today.”

Angela Bryant left her home making the 911 call from a friend’s house  When the police arrived there were no signs of injury and Angela Bryant was not complaining about pain.  When they contacted Angela on Monday she complained that she was now experiencing pain.  She went down to the police station where officers then observed she had swelling around her wrists.  They issued a warrant for Dez and Bryant turned himself in without incident

Bryant was officially charged with a Class A misdemeanor and was released after posting a $1,500 bond.

I know that Dez loves his mother, I know his mother loves him.

ANGELA BRYANT IS NO ANGEL

If you are wondering why Angela Bryant would possibly lie on her son, it’s because she has had a pretty devious past that includes multiple drug convictions.  She did an 18 month bid for selling crack.  Then she was put on probation for selling crack to undercovers.  She was charged with possession, manufacture and delivery of a controlled substance.

The Cowboys as well as Bryant’s Agent, Drew Rosenhaus declined to comment.
[more…]