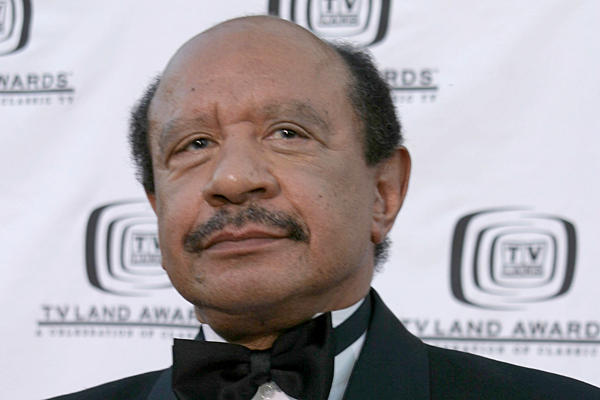 RIGHT OFF THE BAT – Sherman Hemsley played one of the most influential characters on television particularly for the African American families. He is an icon.  Period!

Hemsley was found dead at his El Paso home by his maid.  She thought he was sleeping; he appeared to have died of natural causes.

STRAIGHT OUT OF PHILLY

Sherman was from South Philadelphia.  His success as an actor didn’t come easy or quickly.  He dropped out of school and joined the Air Force. After four years he returned to Phili to work at the Post Office and took acting classes at night.

Hemsley then moved to New York and landed a gig on Broadway in a show called Gitlow in Purlie.  While touring with the show, Hemsley received a call from famed producer Norman Lear to play a role as Archie Bunker’s neighbor in “All in the Family”.  After refusing the role initially, Hemsley accepted it and soon became a star.  Between Carol O’Conner’s racist views as Archie, and Sherman’s feisty “stick it to the man” attitude, it was a match made for TV.

After stealing the show, Lear decided to give George Jefferson his own show and “The Jefferson’s” was born.

WHAT THE JEFFERSONS MEANT TO THE BLACK COMMUNITY

Sherman Hemsley and George Jefferson were both an inspiration and motivation to the black community.  The theme song was classic and met everything.  Moving on Up! Hemsley himself moved on up to stardom and George Jefferson moved from Archie Bunker’s neighborhood in working class Queens to a huge apartment in Manhattan.  Everyone knew the theme song and sung it and still sing it at times of great financial achievement.

George Jefferson own and operated seven dry cleaners and was always on the come up.  He had a maid but was still hustling.  His son was in school to be an Engineer while the white son of their neighbors was a drop out.  It was a world on television that reinforced that you can be successful if you work hard and smart.  Hustle!!

The show ran from 1975-1985 completing 253 episodes and I’ve seen each and every one of them at least 20 times.  George showed you how the world could be if you hustled and then showed you that you should never stop hustling.  When he wasn’t’ running to the bathroom after losing a fight, he was showing you how it’s done on the dance floor.

Sherman Hemsley is truly and icon and he’s missed already.

AND THE THEME SONG…SONG BY SAMMY DAVIS JR.