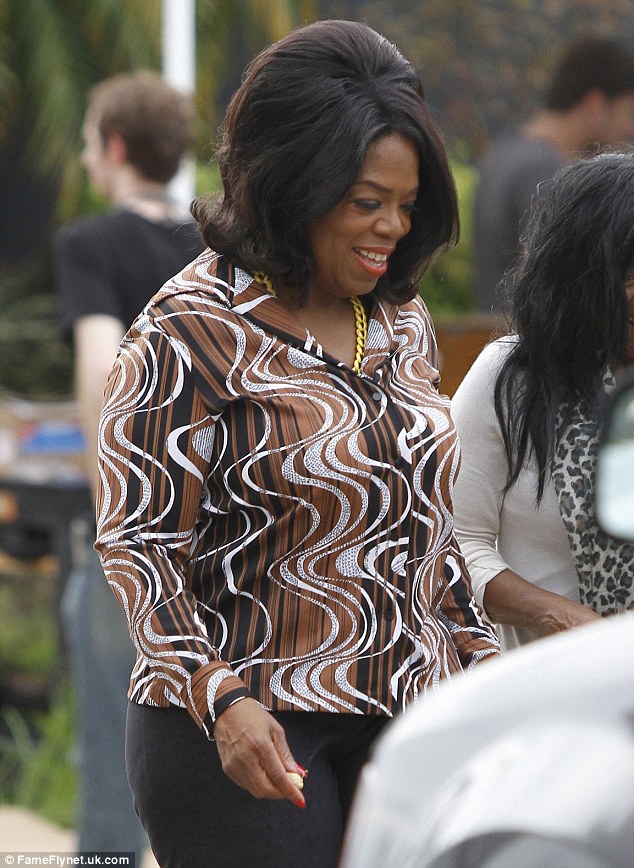 Why Was Oprah Rockin A Bee Hive Doo In New Orleans??

Oprah, lookin’ like a chunky member of Diana Ross’ old group the “Supremes” was seen in New Orleans with an old school beehive updo,  a Mr. T Starter kit gold Chain, and a Zoom-Zoom shirt.  This outfit was her wardrobe for a film she will be starring in called “The Butler”.

As the title reveals, the movie is about a Butler who worked in the White House as part of their staff long enough to serve eight Presidents.   Oprah’s role will be one amongst many stars including: Lenny Kravits, Cuba Gooding Jr. , Robin Williams, Nicole Kidman, John Cusack and Forest Whitaker!

The screen play is based on an article from The Washington Post written originally by Wil Haygood.   The article entitled, “A Bulter Well Served by this Election” details the life of a butler named Eugene Allen.   Forest Whitaker will be playing Allen and Oprah will be playing the role as his wife.  This was a time during segregation, the Vietnam War, and the Civil Rights movement.  Allen served as a butler in the White House through it all including Dr. King’s, and JFK’s assassinations.  As you can imagine, Eugene Allen probably had quite the story to tell.

The movie is listed to be budgeted at $17,000,000 which has to be a mistake given the star studded cast.  There has been no release date given yet for the film.  If done right, this film could be looking at an Academy award Nomination.  The potential and the talent is definitely there.  We’ll keep an eye out for the trailer.
[more…]