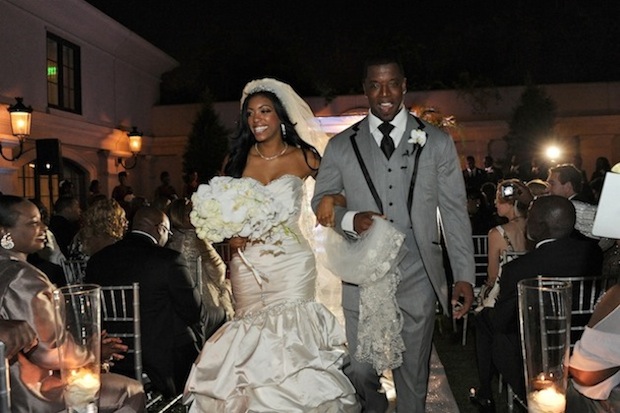 After considering several people for the last remaining spot in the cast, including Cosby shows’ Keisha Knight Pulliam, the network has chosen Porsha.

This has been confirmed as a done deal, Porsha is fully onboard and sources say she has been taping the show for over a month.

Porsha represents the last piece in what will be the RHOA Sick Sassy Six:

Rumor has it that Kim Zolciak’s involvement has been greatly minimized due to her pregnancy.  The cast thought it was unfair for Kim to receive similar perks and pay while excusing herself from the action using her pregnancy as a crutch.  There are reports that production was delayed while these matters were addressed.

In case you were wondering how Porsha Williams – Stewart got her money, it’s by way of the “Stewart” part.  She is the wife of Kordell Stewart.   The NFL’s former QB for the Pittsburgh Steelers.  That Stewart.  The one who earned 11 years’ worth of NFL checks and has a net worth of $22 million dollars.

Stewart and Williams were married last year so she will be joining Cynthia and Phaedra as the only actual “wives” . Porsha has deep Southern roots herself.  She is the first Granddaughter of the late Civil Rights Leader and founder of “Hosea Williams Feed the Hungry,” the Rev. Hosea Williams.  She is a true native of Atlanta and should make things interesting.

Does this mean the show is trying to take a more positive, responsible approach? Will the granddaughter of a reverend, the wife of an ex football player turned sports analyst calm everyone down and promote positivity and good will?

I sure hope not!  Bring on the new season!

straight from the a
[more…]