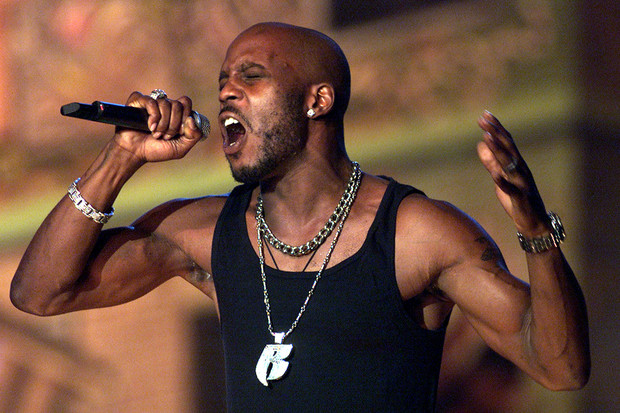 DMX Simply Does Not Like Drake, He Now Has a Reason.

DMX continues to Go in on Drake…hard!

I’m not sure if Drake really wants it with DMX.  Although we’ve watched DMX cry like a beyoctch on TV, we also know that he’s a little off.  Scratch that…he’s a lot of “off”.

When DMX was first released from prison, he was interviewed and asked some questions about Drake.  That’s when we first got an indication on how he truly felt.  (You can read that story and watch the video here).  Now, he’s up at arms about how Drake is handling the “Aaliyah album” situation.

Before MTV’s Sway could complete his sentence about Drake, DMX interrupts (now you have to read this in your DMX voice),

“Drake! He has talent, but it’s kinda redundant, it’s kinda the same all the time to me personally. It’s an annoying sound,”

He then compared the Young Money rapper to a washing machine, and proceeded to make noises like clothes going through a rinse cycle.  As the rant continued, we learned that DMX had issues that went a little deeper, or at least he now had a real reason to hate Drake.  Aaliyah!

Along with many others, DMX is upset by the way Drake just “Mandingo’d” the whole Aaliyah project.  He literally just took over, and put himself on the first single. Darkman X-man had a lot to say about that.,

“I’m kinda feelin’ some kinda a way about the fact that you been commissioned, that you been blessed, you’ve been given the opportunity to do the Aaliyah album yet you don’t include anybody that she worked with personally,”

“How do you disregard what this woman did? What this beautiful angel did and say, ‘Oh OK, I’m gonna take it for myself because I’m hot right now and I’m feelin’ myself,'” he asked rhetorically. “How do you just go there with it? Your balls ain’t that big, son.”

So far there has been crickets from Drake’s camp. Nada.  I think he will probably let record sales, tours and the music charts do the talking for him.  If that’s the case, then Drake is doing all the barking for now.  DMX’s released is seventh studio album, “Undisputed” on September 11th