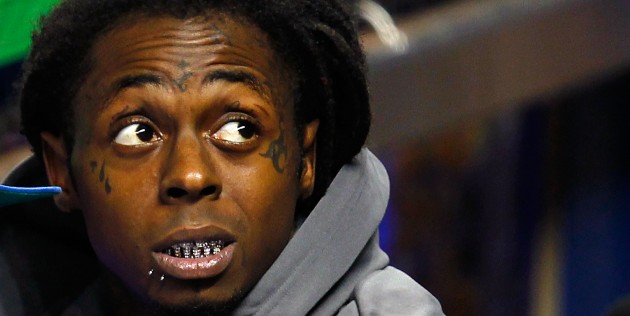 In case you have not seen the footage, it’s crazy.  It’s actual footage of a deposition where Lil Wayne basically shows is indifference to authority.  He just does not give a f**k. Period. Point Blank.

The litigation surrounds the documentary that was produced by Quincy Jones in 2009 called The Carter.  Although Lil Wayne originally agreed to the film, when it was wrapped Quincy Jones’ production company would not give Wayne the authority over the content, refusing to let him review and edit the final footage.  Wayne in turn filed a $50 million lawsuit.  A counter suit was filed for breach of contract because Wayne refused to fulfill his obligations with the films promotion and withheld content that had been previously agreed on.

In preparation for the actual hearings, Lil Wayne is getting interviewed by Quincy Jones attorney Pete Ross.

The trial will begin in two weeks.  Please realize this isn’t a criminal trial. If it was Lil Wayne would be bending over and coughing, getting assigned a cell number and wearing orange scrubs.  No United States criminal attorney would stand for this behavior.

This is a civil matter with two extremely high paid attorneys, therefore Wayne’s antics were tolerated.

Pete Ross confirmed that the footage was indeed taken from the actual deposition but the clips have been edited.  You will see from the video, as the interview goes on, Weezi gets more and more arrogant and uncooperative and eventually begins to make threats! At one point he says, to Pete Ross, in reference to the judge,

As entertaining as it is to watch, this does nothing to help Lil Wayne’s cause.  This is the judge that will be presiding over this matter which means if you slip, you will pay.  Then Pete Ross and Quincy will be getting the last laugh.