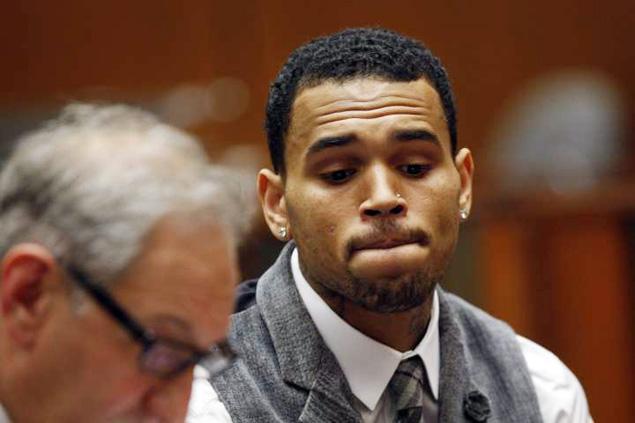 Chris Brown’s Community Service – Do you Really Think He Did this Work?

Back in 2009 Chris Brown plead guilty to the Rihanna assault, and as a result, he got what many people (including myself) would consider a slap on the wrist for a felonious beating.  He didn’t have to do jail time, he was sentenced to five years of supervised probation including community service.  This meant restricted travel, but not too restricted because he’s an entertainer and has to earn a living.  This also meant no drugs – which although he failed his drug test last week, he produced a prescription and the judge said she never told him specifically that he couldn’t use drugs.  It also meant, no other criminal activities like say “a bar fight”.

As his recent probation has come under scrutiny, we learn that Brown has at least completed his  1,400 hours of community service….or did he?  Basically, he is finished.  1,402 hours is a ton of time.  That’s like working a part time job at 20 hours per week, for 70 weeks.  Let’s not forget, you are an international superstar, releasing an album, performing live and shooting videos.

SO JUST HOW DID CHRIS BROWN COMPLETE HIS COMMUNITY SERVICE?

Where Brown’s logs say he worked:

I’m not the only one who finds Brown’s recent commitment to his community interesting.  The LA Superior Court Judge Patricia Schnegg thought things seem a little fishy herself, calling some of the details “cryptic”.

Brown has been doing 25 hours of community service per week, for the last 28 weeks!!

It gets even fishier – one of the facilities where Brown worked cleaning, waxing and stripping floors is the Tappahannock Children’s Center.  Guess who’s mom has worked there for 24 years? Better yet, guess who’s mom was a director there?

When Brown’s attorney, Mark Geragos was questioned regarding the log, he said he urged Chris to step things up so he wouldn’t have to keep returning to court.  The issue is, there aren’t that many hours in a day, and Brown’s whereabouts can easily be tracked via twitter, facebook and video footage.  With the release of his album, touring and doing shows, if Geragos can’t validate the probation records, Breezi could be looking at some serious jail time.  How serious?

Any jail time is serious.