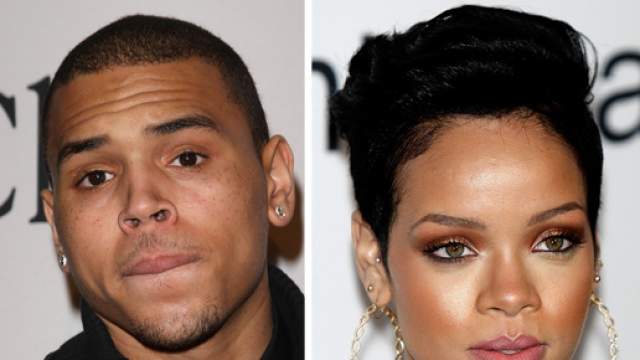 Rihanna and Chris Brown Caught Making Out, while Brown and Karrueche Tran fight it out!

I will always be a Chris Brown hater at my core, however one can hate and still be envious.

Rumor has it that he and Rihanna were seen making out last night.  Not just making out…but Brown was shirtless in the club making out with Riri on the dance floor.

After the much publicized smooth with Nicole Scherzinger, Brown was on the prowl again.  It all took place at the Manhattan hot spot “The Griffin”.  Brown was there with Bow Wow sitting at a table and Rihanna shows up and is at a table of her own.

After some time passes, Brown jumps over his table and sits with Rihanna at hers.  The two get up to dance.  As Chris Brown dances for Rihanna his shirt comes off and they start making out right there on the dance floor.

Brown left the club first, Rihanna followed about five minutes later.  Who knows if they met up with each other or not afterwards but it appears that Tran had enough.  Unlike previous Chris Brown – Rihanna hook up rumors, this one had real life tweeters posting confirmations:

Kandice wrote: BTW Chris Brown and Rihanna are def together or at least hooking up…Saw it 1sthand.

Meanwhile back at Salty-ville, Tran apparently had enough.  She took to twitter to express her displeasure…

there’s a difference between a man and a boy. I prefer men.”

Let it go for your own good”,

there's a difference between a man and a boy.

@hahniglesias oh baby I am.

Does that mean it’s a wrap???  Time will tell.  Tran will become a nobody….and Rihanna and Chris will piss everybody off by being America’s dumbest couple.