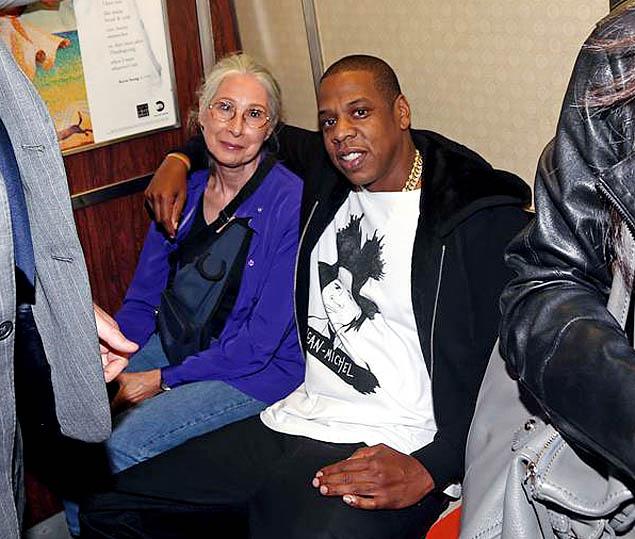 Imagine you are in the Subway waiting for the R train in Brooklyn and you look up and happen to be face to face with one of the greatest rappers of all time?  (I said “One of” people, calm down).

This was exactly the case yesterday as Jay-Z decided to ride the iron horse to his last of 8 sold out concerts at the Barclay Center.  At about 6 PM Jay-Z, who is more than familiar with the area, rolled into the Canal street station.

Of course he wasn’t alone, security was deep but the fact that he chose the subway gave fans a thrill.  As you can imagine, the fans followed him all the way to the center.  Those who were supposed to get off, stayed on – this was indeed a once in a lifetime thrill.  Flanked by plainclothes policeman and his own security Jay posed [more…]for pictures and talked to fans while headed to Atlantic Ave. At the Atlantic Ave station, Jay was out, literally stopping traffic as he made his way to the Barclays Center for the last show in the 18,000 fan plus packed arena.

To further treat the fans who managed to get tickets to this last show, unlike any of the other shows, to end the concert Beyonce popped on stage and the couple did “Crazy in Love” and “Young Forever”. For those riding the subway that managed to get pics with Jay-Z, I’m sure you are the most popular people on facebook.  Even if it’s only for one day.