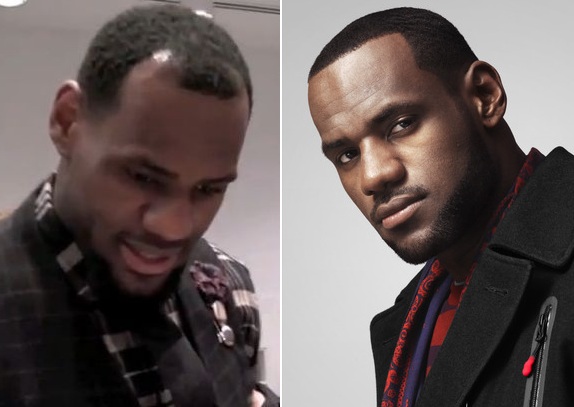 Did Bron Bron Get Hair Plugs? I will Let You Decide!

In the past LeBron has take some heat for his ever receding hairline.  It go so bad last year that he even posted a tweet about it himelf when he was in Barcelona,

Had a dream my hairline was back! Woke up and went to bathroom, turned on light slowly. Same ol story. Damn! Lol #wishfulthinking

As a man of action, it appears that Bron Bron has done something about it.   The buzz started when Nike released ads for their LeBron James Diamond Collection apparel catalog.  I noticed the pics on a few websites and Bron Bron was looking noticeably smoother.  I assumed a championship ring does that…..then I noticed an impeccable hairline; a feat that LeBron has never been able to achieve [more…]before. After some quick “Googling” it appears that the source of the info is none other then TerezoOwens.  The popular sports gossip site about LeBron,

“he was sick and tired of hearing all the jokes revolving around his rapidly receding hairline…and he knew no matter how many championships he won, people would always point to that right away.”

Did he get hair plugs? I say most definitely, but I also say that there is nothing wrong with that.  What is money for if you can’t spend it on the things that make you happy.  Plus it’s a lot better then the alternative. Isn’t that right Samuel??