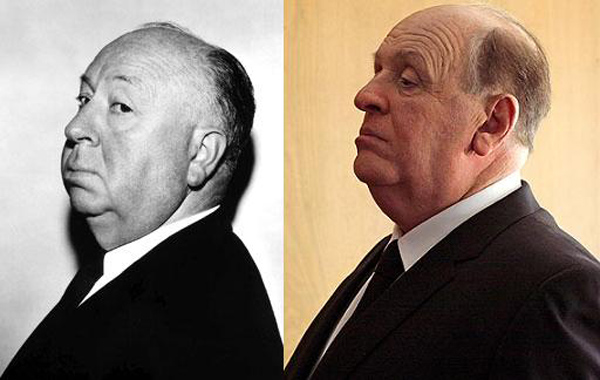 Alfred Hitchcock was a master at his craft.  Looking at a pack of birds, you can’t but think about getting attacked. Taking a shower in a strange place will never be the same.  These are the masterpieces that we remember Alfred for.  He was the master of creating anxiety, fear and empathy all through the lens of his movie camera.

Sacha Gervasi’s Hitchcock takes place during the time Hitchcock was filming the movie Psycho.  It was a time in his career where he couldn’t get support for the movie but still made it happen.  The studio thought the book was “too repulsive” and “impossible for films” but Hitchcock pushed forward financing the project himself.  This was part of the reason the film was in black and white, the other part was the shower scene might have been to gory for color.

Anthony Hopkins did a wonderful job in what might be a defining role in his career looking the part as Hitchcock and Helen Mirren will play his wife Alma.  Scarlett Johansson will play the actress who pulls back the curtain and screams in the shower scene. Her name was Janet Leigh.  Other big name cast members include Jessica Biel, James D’Arcy and Wallace Langham.

A stint on DWTS might have helped the not so young original Karate Kid Ralph Macchio also land a role.

The film is due to hit theaters November 23rd.