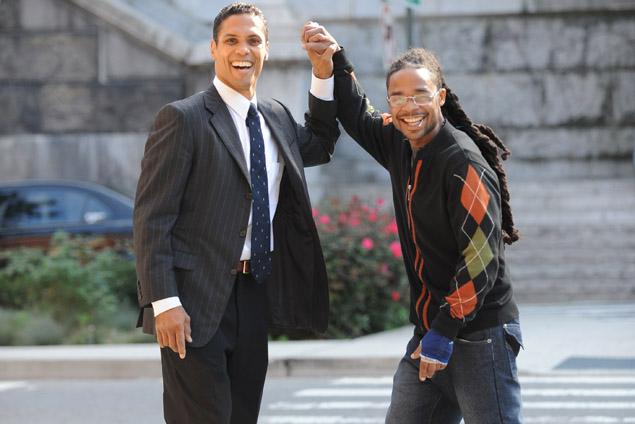 The actor who played the younger brother of Taimak Guarriello’s character Bruce Leroy has died at the young age of 41!

Currently the cause of death is under investigation.  A preliminary autopsy was inconclusive and the medical examiner is awaiting the official toxicology results.

Taimak Guarriello’s was quoted in regards to his friends death,

“He’s been having a little problem. He’s been through a lot of tough times, It’s unfortunate.” Last year O’Brien was shot three times after an argument in Harlem.  During his recovery he boasted that he was a fast healer, telling the Daily News at the time,

“I’m a fast healer “I’ve been told if this happened to someone else, they’d be dead.”

When Taimak heard of the shooting and the near death incident he and O’Brien renewed their friendship and began working on independent projects together.  Their latest collaboration, a film where O’Brien plays a Harlem gangster has yet to be released.

Guarriello says that O’Brien should be remembered for his talent,

“I think people should remember him as the talent that he was, He was a sweetheart and he had a good sense of humor.”

Guarriello said that he first learned about Leo’s death from Leo’s son who posted a message on his wall on Facebook,

“R.I.P to my father Leo Obrien. You will be dearly missed. I love you.”

We will report his cause of death as soon as the toxicology reports come in.

And now  I bring you the clip in memory of Ritchie aka Leo O’Brien entitled – Trouble at Daddy Green’s Pizza.  (just directa your feetsa to daddy greens pizza!)