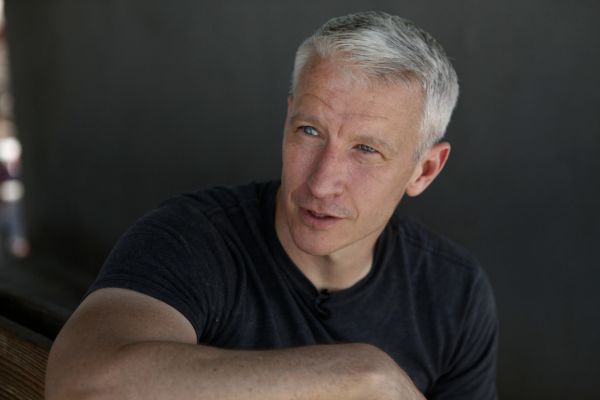 I guess day time TV won’t be hanging with Cooper any longer.  Anderson has been cut.  After just two seasons, “Anderson Live” is a wrap.

Telepictures released a statement explaining that even after set changes and changing to a live studio format, they still couldn’t garner the numbers they needed for a profitable business model,

“We are extremely proud of Anderson and the show that he and the entire production team have produced.  While we made significant changes to the format, set and produced it live in its second season, the series will not be coming back for a third season in a marketplace that has become increasingly difficult to break through.”

In the Daytime race, Cooper just could not compete and was the first of the new breeds to be shut down. Rickie Lake has had troubles and has brought on a new executive producer, Katie Couric’s numbers are not impressive and Jeff Probst is basically trying to Survive.  According to last week’s numbers, Anderson did worse then them all.  Despite having the most watched evening show on CNN with “Anderson Cooper 360” he brought in just 1.45 million viewers getting beat even by new comer Steve Harvey.

Anderson has been battling Hurricane Sandy all day, but he had time to release a statement regarding the announcement,

“I am very proud of the work that our terrific staff has put into launching and sustaining our show for two seasons, I am also grateful to Telepictures for giving me the opportunity, and indebted to viewers, who have responded so positively. I look forward to doing more great shows this season, and though I’m sorry we won’t be continuing, I have truly enjoyed it.”

I think the worse part of the story is that Telepictures will be producing another new talk show next season – Bethenny Frankel! Ouch.