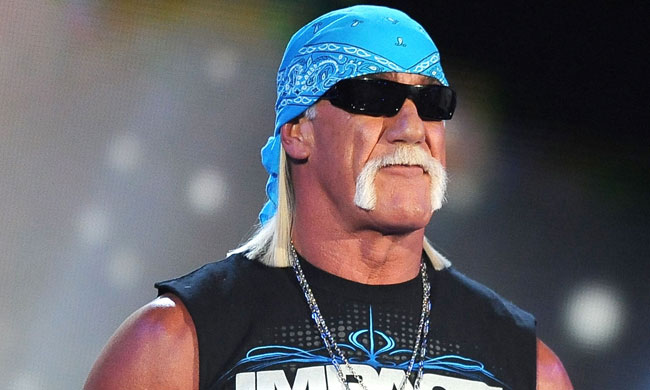 Hogan and Bubba are back in love again.  After Hulk Hogan’s former best friend, Todd Alan Clem aka Bubba the Love sponge, apologized, Hogan in return removed his name from the invasion of privacy law suit.

Bubba took back the comments he made that Hogan released the video himself for publicity.  In efforts to extend an olive branch, Bubba issued a public apology letter to Hogan,

After further investigation, I am now convinced that Hulk Hogan was unaware of the presence of the recording device in my bedroom. I am convinced that he had no knowledge that he was being taped. Additionally, I am certain that he had no role in the release of the video. It is my belief that Terry is not involved, and has not ever been involved, in trying to release the video, or exploit it, or otherwise gain from the video’s release in any way. Regrettably, when Hulk filed the lawsuit against me, I instinctively went on the offensive. The things that I said about him and his children were not true. I was wrong and I am deeply sorry for my reaction, and for the additional pain it cause Hulk and his children on top of the pain that they were already feeling from having learned that Terry was taped without his knowledge, and the public release of the video.

I am committed to helping Hulk and his attorneys find whoever is responsible for the release of the tape and holding them accountable to the fullest extent of the law.

Was this the work of Howard Stern?  Two weeks ago, following Hogan’s appearance on Stern’s satellite radio show, Bubba came for a visit.  During the segment, Stern felt that he could personally get Bubba out of the law suit,

“I will get Hogan and Bubba together, I think what Bubba is saying is making a lot of sense. I think if Hogan could hear it and I can translate a little bit and calm everyone down, I think we could see through this …I think I can get Hulk Hogan to take you out of this lawsuit.”

Weather Stern orchestrated the apology or not, Either way Bubba is out.  However Hogan is still going through with the $100 million dollar lawsuit, suing website Gawker for the video clip that we actually linked to, and Bubba’s ex-wife who starred in the leaked footage.

Hogan tried but failed to get a restraining order against Gawker forcing them to remove the footage but his request was denied.  In fact, he made things worse, boosting Gawker’s traffic to the video even more during the debacle.

Until the hearing in November, Gawker gets to continue to show the video – if you haven’t seen it yet, and want to see Old Crusty Hulkemania running wild, you can find it here.  Warning: it’s like a train wreck meeting and accident….over and over again.
[more…]