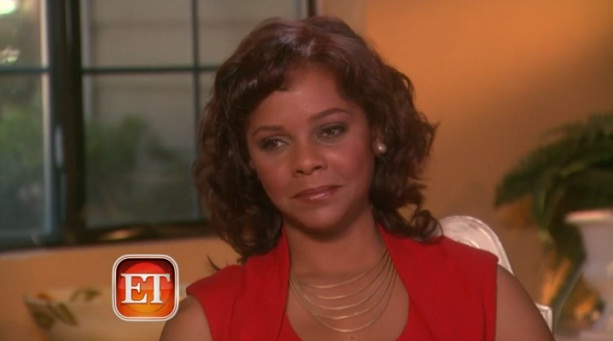 After we saw the crazy pics of Lark Voorhies back in May, we knew something was up.  Things just did not seem right.  Then recently, People magazine released a piece saying that Voorhies was suffering from bipolar disorder.

Her own mom was quoted in the story stating,

“I care deeply about my daughter and I want her to resume her life … it’s frustrating,”

Voorhies mom, Tricia says that she has tried to place the 38 year old former child star into professional care.

The bipolar story got more real as Screech confirmed that things were a little off.  Dustin Diamond recounted his latest run in with Lark,

“When we first saw each other, she gave me a big hug. She seemed normal: alive and great. And as the night went on, it just went wrong,. The person who said ‘Hi’ to me when she first showed up on-set was not the same person at the end of the night. It was like talking to two different people.”

When Voorhies read the piece in People she was upset, saying that the magazine told her that they were just going to do a profile piece, not run a story about her being mentally ill.  In order to set the record straight, she agreed to do an exclusive interview with ET…..and that goes sooo sooo wrong.

My conclusion from watching the clip below is that she is crazy.  I shouldn’t joke, but I will.  She rambles on and on, using a vocabulary that is beyond her own comprehension.  After every answer I just want to be like “Beyatch Please!”.

It’s best to give an example of some of her answers. When asked about her mental state, her response was,

“It is a small opinionata that is getting blown currently out of proportions, I have no stating reasons why anyone should worry about me. Clearly, I am a very strong, top-of-the line, always riding to it personage.

“I have no worries myself, nor do I exude, exhibit or possess within my living stratus any reason why someone should worry [on] my behalf — it’s completely fictional.” After watching the clip, it’s clear to me that she is suffering and I would advise her people to stop letting her give interviews because that will just generate more “opinionata”.  To me it sounds like Lark Voorhies is suffering from Aphasia, not necessarily a Bi-Poloar disorder.  When you have aphasia, you know what you want to say , you just have difficulty saying it…and as you will see from the video clip – she is struggling to express herself.  It’s actually a little scary and pretty sad.  So much potential wasted.

And Now I bring you Lark Voorhies in….”I’m not Crazy…am I?”