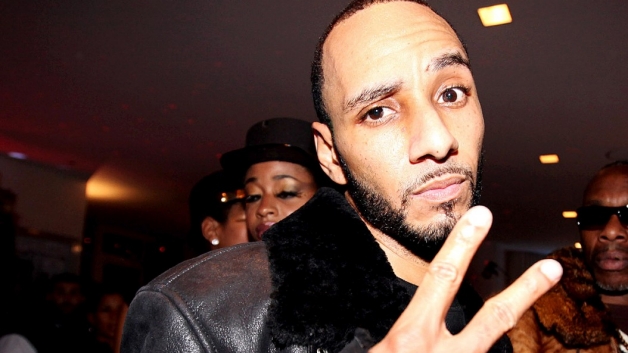 The rapper has been making the news lately as one of the hip hop celebrities that’s stepped up their Hurricane Sandy efforts and donated more then $10,000 dollars to victims.  Now Uncle Sam is saying… “Hey Swizz!  Where’s my Cheese?”

We knew from last year that he owed over two million (2.6 to be exact) in taxes to the government, now he has been hit recently for another $98,246.18.  The state of New York has now gone as far as to put a lien against him for the money.

Swizz lawyer spoke before regarding the 2.6 million he owed in 2010, saying that they are negotiating with the government,

‘We have been discussing the issue with the government for years and are currently negotiating an amicable resolution of the dispute.’

Swizz is married to Alicia Keys and I’m sure between the two of them they can work out a payment plan.  I suggest they do.  Ja Rule only owed $3 million and won’t get out of jail until February 2013 with Wesley a few months later.

Moral of the story, Pay your taxes.