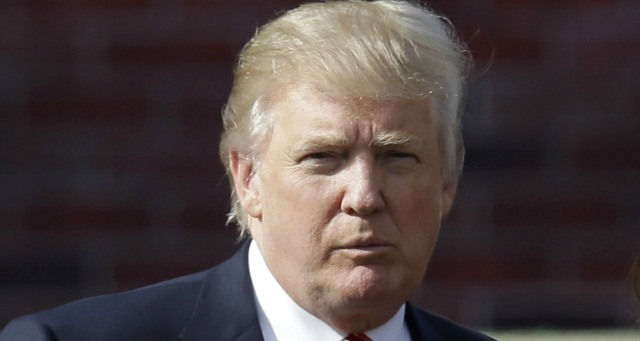 Cher and Donald Trump Go To War on Twitter Fueling the Macy’s Petition. Read their Tweets.

Donald Trump’s mouth is getting him in more trouble than it’s worth.  Sometime he forgets he’s a brand and that unlike his show, “The Apprentice” people have a choice to deal with him or not.  Macy’s is drawing criticism for hiring Trump as a spokesperson, and the criticism has grown into a full blown petition, and the petition continues to grow in numbers everyday.

The movement started by 30 year old Angelo Carusone started as a result of their “Miracle on 34th Street” ad.  The ad includes Justin Bieber, Martha Stewart, Taylor Swift and the real star…Donald Trump.  These celebrities are not just spokespeople but they all have their branded goods in Macy’s stores.

Angelo Carusone was fed up with Trump after his online twitter rant and he decided to take action.  He created an online petition and has thus far gathered over half a million signatures.  So far, Macy has not backed down of their position and continues to support Trump, they released this statement.

“Macy’s marketing and merchandise offerings are not representative of any political position. Many of the individuals associated with products sold at Macy’s – or at any retailer, for that matter – express personal opinions that are not related to the merchandise we sell or to the philosophies of our company. In our merchandise assortment, we strive to meet our customers’ expectations for unique and interesting products across a broad array of styles, categories and brands. This allows our customers to choose what they prefer.  A longtime focus of Macy’s holiday advertising has been to celebrate the season’s spirit of generosity and goodwill through our ongoing “Believe” campaign, and that is the sole message of our holiday television commercials.”

ON THANKSGIVNG HE CUTTING STARTS

Carusone, predicting that a petition might  not be enough says that he is giving Macy’s a deadline. On Thanksgiving day, the day before Black Friday, Carusone has generated a sub-petition that will have everyone cutting up their Macy’s card.

Yesterday Cher joined in the petition.  She sent a tweet out to her 1 Million plus followers that got Trump back on twitter.  As funny as the tweets are, it’s also embarrassing, and has managed [more…]to devalue the Cher brand.  Rump is essentially victimized and in this instant can’t be faulted to defending himself and tweeting back.

I’ll NEVER GO TO MACY’S AGAIN ! I didnt know they sold Donald Trump’s Line! If they don’t care that they sell products from a LOUDMOUTH

RACIST CRETIN,WHO’D LIE LIKE “HIS RUG”TO GET SOME CHEAP PRESS ! I CANT BELIEVE MACY’S THINKS HE’S THE RIGHT “MAN” 2 REPRESENT THEIR NAME !

2 set the record straight..I Took a Cheap Shot At Trumps Hair…I WAS WRONG! However….. He is a Flaming Asshole & I Hope Macy’s Dumps Him !

.@cher–I don’t wear a “rug”—it’s mine. And I promise not to talk about your massive plastic surgeries that didn’t work.

It’s amazing how people can talk about me but I’m not allowed to talk about them.

Carusone has attempted to contact Macys CEO repeatedly but has so far not gotten any response.  When I asked my girlfriend if she would sign her petition, she said, “Not on your life”.

She loves Macy’s and Donald Trump, that’s the one thing we both agree on.  I just wish he would fall back…..I realize that’s not who he is, and not how he’s been successful, but just sometime it’s ok, to lose…and that’s how you win.

Here is he Macy’s ad that got Angelo Carsone attention.