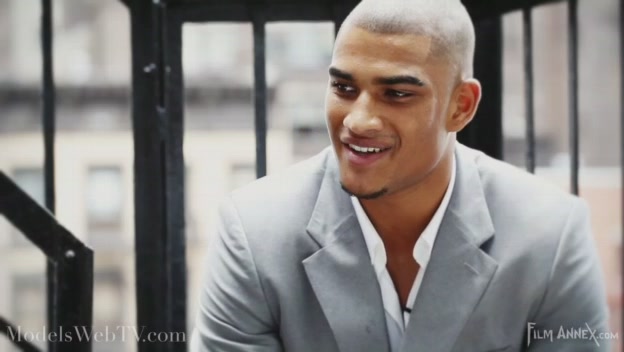 Tyra Banks Rumored “Boyfriend” Turns Himself in to the Cops. Rob Evans was wanted for a Felony Assault.

Tyra has gone from Big Bank to Bad Boy.  Rob Evans, who is rumored to be Tyra Banks new boyfriend as well as judge on America’s Next Top Model, turned himself into police after learning that there was a warrant out for his arrest.

Evans was wanted for a felony assault charge that stemmed from a fight he had back in March.  The actual charges are battery with serious injury and assault with force likely to produce great bodily injury.  The ex-boxer turned model got into it with someone at the offices of the Next Modeling agency in Beverly Hills.

Evans insists that the punch he threw was in self-defense.  Sources say that he was being trashed talked when the victim approached him as if to attack. Evans then hit him[more…] causing serious injury.

A friend of Evans said that he was not aware of the warrant and as soon as he found out he turned himself in to authorities.

This is hard to believe because reports of the warrant being issued hit the internet back in late October although Evans has been traveling extensively.  Police said that Evans was cooperative until he became unreachable at which time they issued the warrant.  TMZ falsely reported that there was a special task force involved to track Evans down which was not true.  Lieutenant Lincoln Hoshino who was assigned to the case found that to be actually funny,

“We’re all laughing about that, It sounds really cool, but we don’t have anything like that.”

After Evans turned himself in, 25 minutes later he was out released on $60,000 bail.

Although Evans and Banks have been spotted as being cozy, Evans insists that they are just friends. In an interview with the Banbury Guardian, he says,

We’d go for dinner when we were filming and she would call me up in New York but we were never ‘officially dating’. Tyra is really cool, she’s so down to earth especially for who she is and what she’s worth, it’s not gone to her head at all.”

Evans plans on taking his career into acting.  He recently tried out for a role in the next Fast and Furious movie.  He wants to prove that he’s just not another pretty face.

I CAN’T HAVE A ROB EVANS POST WITHOUT PICS – HERE YA GO LADIES!