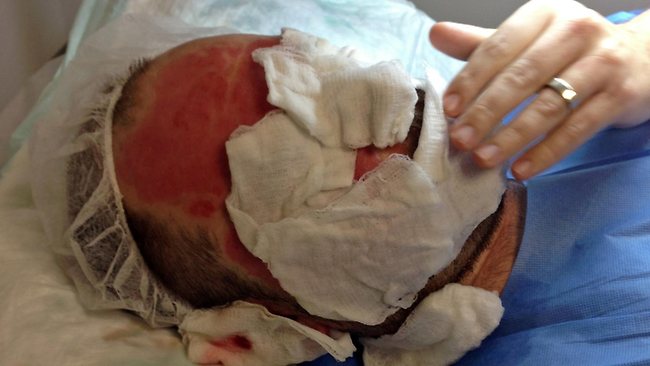 Magician Set on Fire in The Dominican Republic Has Filed Charges. Talk Show Host is Now on the Run!

Magician Wayne Houchin is working a little magic.  Legal magic.  After the brutal attack by Domincan talk show host Franklin Barazarte, Houchin followed through on his promise and has filed criminal charges.  Dominican Republic authorities have issued a criminal warrant for his arrest.  Despite having the warrant, Barazarte somehow fled the country.  He is said to be in New York with his wife.

Barazarte had a better chance hiding out in the DR.  The United States has been put on notice and if Barazarte is found he will be arrested and extradited back to the Dominican Republic.  Franklin did come out of hiding long enough to give an interview with Univision in which he explained his actions, however he did not seem to show to much empathy for Houchin and his injuries.

He said that pouring the liquid over Houchin was “a blessin” which is something that he’s done in private.  He says that it was an accident gone wrong.  (Is there such a thing as an accident gone right?).  Barazarte was also very callous about the extent of Houchins injuries noting that Houchin left the clinic the same day, implying that it he wasn’t burned, that bad.

From the clip we saw, it is clear that the act of pouring the flammable liquid might be a blessing but it was also deliberate.  What it doesn’t show is the intent.  If Barazarte, truly thought he was blessing Houchin and that the liquid was harmless, his charges will most likely not be felonious.

Houchin is still recovering in the DR.