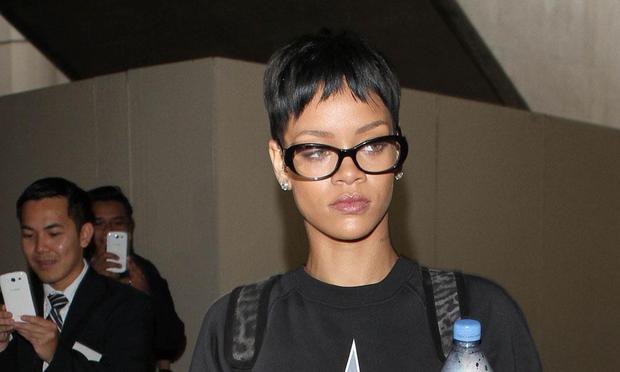 Is Rihanna’s Cryptic Letter About Chris Brown? Only If you Want It To Be.

The whole Rihanna – Chris Brown reunion has no doubt been a little more than she expected.  I think Rihanna thought she would swoop in, steal C-Breezi from Karrueche Tran and then live happily ever after.  Recently she found out, that wasn’t the case.  Things wouldn’t be so easy.

Recently Chris was seen partying with half-naked girls in Paris after Rihanna’s visit and dining out with Karrueche in Dubai.  Rihanna then sent out a series of tweets seemingly upset about the incident ending with one final tweet.

Then from out of nowhere she posts a letter which she hand wrote, photographed and uploaded it to twitter.  The letter is dressed to Navy – which Rihanna calls her fans.  Here is a fll transcript of the letter:

“We continue down this road together, strong, united, uncensored and fearless. There is no question that life throws us curve balls, we do our best to deal with them, take the lessons and keep moving it without regrets!” the pop star pens.

“Throughout 7 years and 7 albums, there has been so much to be happy about, many fun-filled moments… As we continue this journey together, we’ll write new stories, share more laughs, meet new people, tell more stories in faith in hope and take not one moment for granted,” she continues.

“I look forward to embarking on this ride with you, unwilling to sacrifice what we believe in, taking our lessons and growing from them. Don’t let one thing shake your core. Let our inspirations drive us, never steering from who we truly are.”

“We are all unapologetic.” At the end of the day, at age 24, all the support she wants, a successful career, a healthy weed and alcohol habit and two of the best mentors (Jay-Z and Beyonce) in the world,  I don’t feel sorry, nor do I care what happens between her and Chris. Chris revealed who he is in 2009.  Although, I believe he has changed since then, he is still abusive but this time emotionally instead of physically.  He will always be this way……because he can.