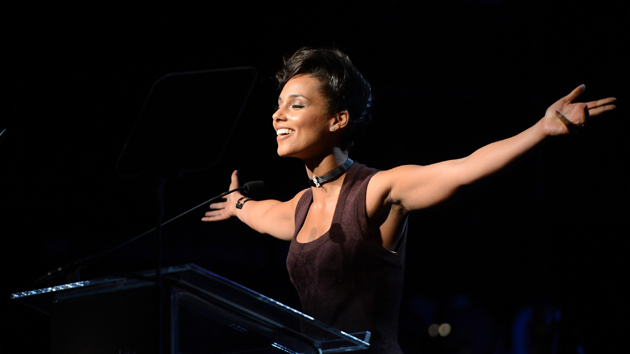 Alicia Keys Hit with a Copyright Infringement Claim for her hit Girl On Fire.

More money more problems.  Just as Alicia Keys is celebrating the launch of another successful album, she is hit with a lawsuit.  The title track “Girl On Fire” is being named in a copyright infringement claim.  The claim is made by a songwriter named Earl Shuman.  He was reading a story on the blog Showbiz411 when the post mentioned his song, stating:

“In the middle of the song, Alicia sings a couplet or so from Eddie Holman’s 1970 classic ‘Hey There Lonely Girl.

We all know that classic. It reached number No. 2 on Billboard back in the day. The post refers to that portion of the song as an “Uncredited sample”. OOf! Shuman also finds out that the writer of the post thought that the songs authors were dead.  The post read,

“The song was written by Leon Carr and Earl Shuman, who are both gone to rock ‘n’ roll heaven.”

Earl Shuman, smelling the money, decided to file a copyright infringement lawsuit to make claim on some of the hit songs earnings.  The argument will be if Alicia Keys used enough of Earl Shuman’s song to be considered infringement.  The Showbiz411 post  references a 2 snippet, Shuman and his attorney claim it’s longer.

The issue is, Shuman and his attorneys have done a sloppy job.  Citing a website and a bloggers untrained ear is simply not enough.  Shuman’s lawyer, Philip Kaplan leverages the blog in his actual suit saying that it’s accurate about the infringement but not about other things.  The suit states,

While the Showbiz411.com statements that Shuman has ‘gone to rock and roll heaven’ and concerning ‘two seconds’ of use are not accurate, Plaintiff alleges that the above observations by Showbiz411, in their essence, are apt.”

So basically believe the blog about the things we are fighting for but it’s wrong about everything else.

Both songs are below – what do you think?  Will Shuman get paid??  Listen for a likeness, particularly in the way that Keys intones three notes while singing the words “lonely girl.”  I say no.