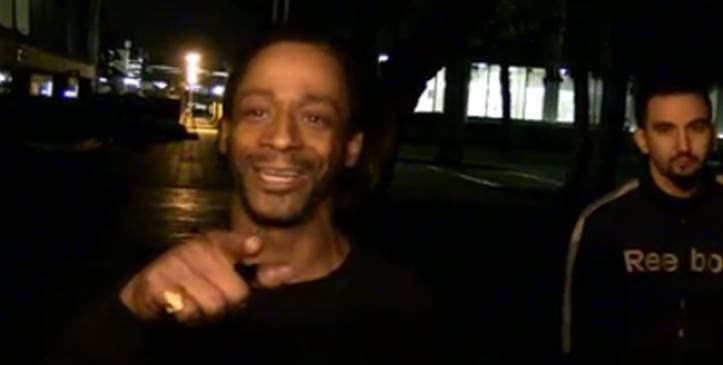 Katt Williams Arrested for child Endangerment. Watch Crazy Video Clip of His Side of the Story [video]

Katt Williams continues to crash and burn.  His latest arrest is for child endangerment.

Williams was arrested Friday morning after an investigation by L.A. DCFS (Department of Child Family Services) uncovered guns and illegal drugs found in the house where his four children live.

He was arrested around 8:30 AM Friday morning but other details have been kept quite do to the involvement of minors.  Williams was taken to the LAPD Valley Jail in Van Nuys and held on $100,000 bail.

KATT’S SIDE OF THE STORY

Williams was caught by TMZ (who broke the original story) leaving jail and got his side of the story.

He explains that the children were arrested from his office.  He also says that the guns were locked up and the illegal drugs they are referring to is just Weed.

Williams also mentions that he adopted 7 kids…which I was no even aware of.
Here is the clip of the always emotional Williams.