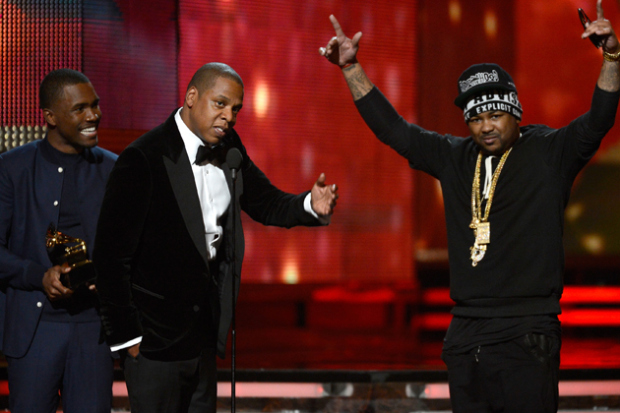 Jay-Z managed to win another award Sunday at the Grammy’s.  Not for his performance with Justin Timberlake, Not for an award worthy acceptance speech…but for a joke he made.

The Dream, Frank Ocean and Jay-Z one for Best Rap Collaboration. Upon receiving the award, Ocean and The Dream gave their speeches.  Apparently Black Tie means something different to The Dream then it does to everyone else.  Jay-Z noticing his uh…lack of dress says simply in his acceptance speech, “I would like to thank the swap meet for his hat,”

That comment actually received the highest tweets per minute.  The entire Grammy’s Ceremony received a total of 13.2 million tweets, Jay-Z received 116,400 of those.

The top three tweeted Moments were:

In case you missed it – here is Jay delivering the punch line.