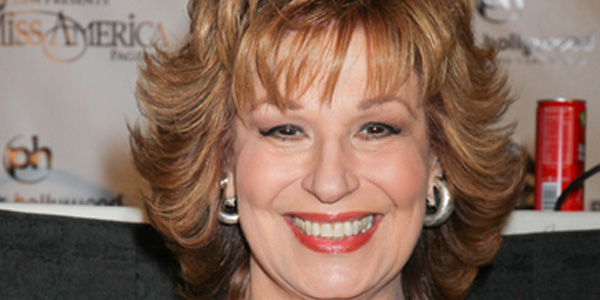 Joy Behar and ABC Confirm That After 16 Years She is Leaving “The View”.

It’s been confirmed!  After 16 and a half years, Joy Behar will be leaving The View.  Behar and Walters are the only two remaining members of the original cast.  Joy’s contract is up in August and she chose to not renew it.  Joy said that she wants to do other things.  During a phone interview with Deadline Joy said,

Do I want to keep doing this?’ There are other things on my plate I want to do — I’ve been writing a play, I’ve been neglecting my standup.”

She also said that she is interested in hosting her own show.

“I want to do an intelligent talk show where you have room to breath.”

A reboot of the show has been rumored for years and Joy’s departure might be the catalyst that ABC needs to make things fresh.  The television station released a statement about here exit,

Joy Behar has been instrumental in the success of The View from the very beginning. We wish her all the best in this next chapter, and are thrilled that we have her for the remainder of the season.”

Do you remember the original cast of The View.  Here is a chart from Wiki that breaks it down.  16 Years is a long time!