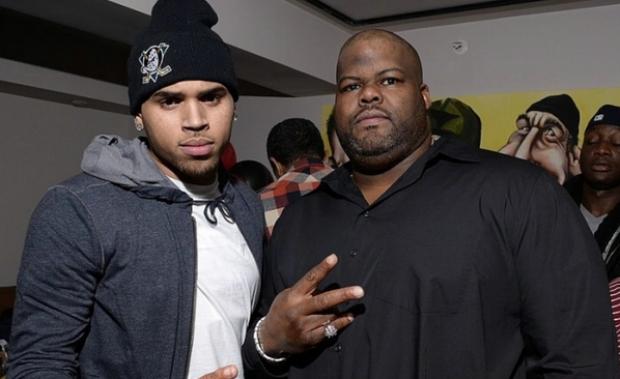 Big Pat first made headlines when he took a bottle to the dome-piece during the fight between Drakes peoples at W.i.P night club back in June of last year.  The bodyguard was shown with his head gashed, laid out on a stretcher.  Remember that?

Fast forward to yesterday and that was all but forgotten.  Chris Brown was coming from a concert at Accra Sports Stadium in Ghana, Africa when his plane pulled into Bermuda for re-fueling and standard maintenance.  A source tells the Bermuda Sun that Big Pat got off the plane and never got back on.  The source says,

“I’m not sure of the details of what happened on the plane but his plane came in, got services and everything was finishing and they were getting ready to leave.

“Then there was a stall. The security guard [Big Pat] got off first. He was standing outside talking to the pilot. Then Chris Brown and another guy came off. They had to come inside to Customs. They then went outside to have a cigarette. The security guard came inside [an airport building] and said he wasn’t getting back on the plane.”

After Chris Brown took off, Big Pat remained behind.  He said that he had gotten into an argument with Chris.  He booked a flight on Jet Blue and flew commercial to JFK. Chris Remember that?  Apparently not.  You could have at least given the Big Homey a ride home.