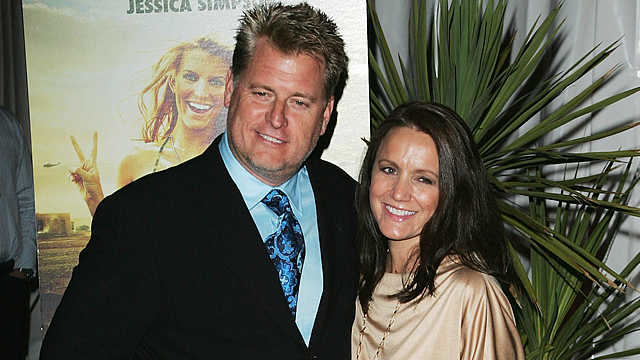 Revealed: Jessica Simpson’s Mom’s Suicide Note. She wanted Shoot herself and her Husband after Gay Rumors

Some very strange stuff is happening with the Simpson family and this time it has nothing with Jessica Simpson’s weight! This story is all about Tina Simpson and her ex-husband Joe Simpson. A new report claims that Tina Simpson wrote a suicide note after finding out that Joe was having a gay affair. She apparently wrote the letter after confronting him about his relationship with a 21-year-old model named Bryce Chandler Hill. Tina threatened to shoot herself in the disturbing letter and also mentioned that she wanted to shoot Joe for what he did.

Joe found the letter in their home in Encino.  An unnamed source claims,

“Tina was so distraught when she found out about Joe’s secret, she immediately wrote a suicide note. It was fairly detailed and she said she wanted to shoot herself for what Joe had done to their 35-year-old marriage. Worse still, Tina wanted to shoot Joe as well. She was just so angry with him. But, instead of killing herself, Tina headed straight to a New York Hotel to confront Joe about Bryce Chandler Hill. However, when Joe returned to their Encino home in Los Angeles they shared, he found the note, made a copy and gave it to his divorce lawyer.”

Tina was forced to offer Joe half of the family fortune since he had that kind of evidence against her, which is something she was not happy about doing. Joe has had to address these kinds of rumors before when it was believed he was in a relationship with Joey Anderson. Of course, Joe claims that the rumors are not true and that he is not gay.

Geez, what a mess! I will say one thing, if he is indeed gay and if he was in a relationship with some 21-year-old model? Well, good for him! That’s pretty impressive for a chubby 52-year-old over controlling father.