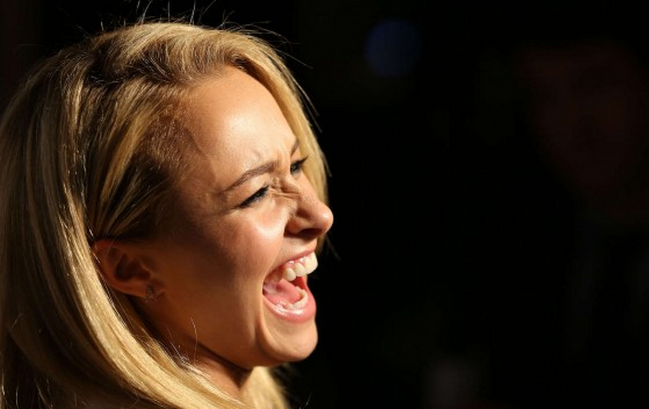 Hayden Panettiere Could Have Been Another Lohan or Bynes

Being a young star in Hollywood isn’t easy. Child stars like Lindsay Lohan and Amanda Bynes are a prime example of what Hollywood can do to kids who don’t have the right people looking out for them. Hayden Panettiere was a young star in Hollywood around the same time as Lindsay Lohan and Amanda Bynes, but she has managed to stay out of trouble. Not only has she stayed out of trouble, she’s even risked her life to save dolphins in Japan!

So, how has she managed to stay away from the crazy train? Well, she was on “BBC Breakfast” which is a show in the U.K. that is not about big black cocks, much to my surprise. Anyway, she talked about how she has stayed so sane…

“I’m no different to anyone else and those same doors were opened to me and they are very easy to walk through. Drugs, alcohol, being in inappropriate places where you shouldn’t be at a certain age — it’s a very tough position to be in, but I had great people to pull me back from it.”

The 23-year-old actress also admitted that sometimes she feels, “guilty by association”

“Being a young female growing up in this industry is tough. And I grew up in the generation of the wild child — I was guilty by association. So everyone sits there and waits for you to fall off your horse.”

Well, it’s good thing you never did fall off that horse!  You just keep on taking pictures like the one below and I will always be a fan.