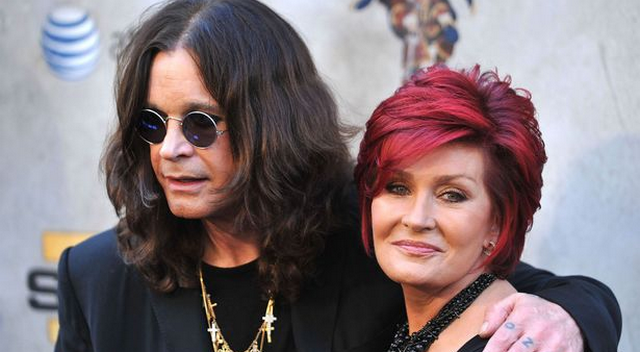 Ozzy and Sharon Back Together!

It looks like Ozzy and Sharon are living under the same roof again for the first time in a few months. You may remember that the couple took a little break from each other earlier this year after Ozzy started to drink and do drugs again. Sharon wasn’t going to put up with his shenanigans again, so she moved out of the house and into a hotel in Beverly Hills.

Ozzy vowed to get clean again to save his marriage, and it appears like he actually has been clean for a few months now. He’s apparently done such a good job that Sharon has finally decided to come back home. Sharon and Ozzy walked hand in hand together down the red carpet last Sunday for the Daytime Emmys. They were even seen giving each other a little kiss, and it was reported that they both went home together after the show.

Sharon is not letting Ozzy off the hook completely, though. She’s actually hired a team of people to help Ozzy stay sober, they will supposedly watch Ozzy 24/7 and make sure that he doesn’t go back to any old habits.

That really makes me happy. Why? I don’t know. I just feel like Sharon and Ozzy need to be together, you know? If they can’t make it in this world, then what hope is there for the rest of us? And I feel like Ozzy would just slowly waste away without Sharon in his life. I mean, I guess he is kind of doing that now anyway, but at least he won’t be lonely while doing it.