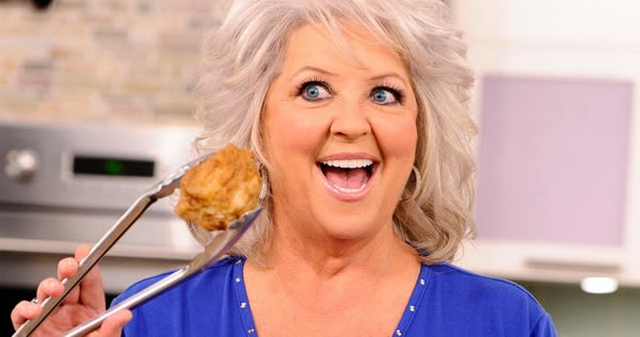 Paula Deen Cooks Up Some Racism In The Kitchen

She is known for her delightful meals full of the only three ingredients you need in life, butter, sugar and love. She’s known for her sweet southern charm and that smile that makes you feel like you’re right back at grandma’s house. However, celebrity chef Paula Deen might end up being best known as a racist. The 66-year-old admitted to using the “N” word during her deposition in connection with a $1.2 million lawsuit that was filed against her by a former employee.

“Yes, of course.” Paula replied when asked if she had ever used the word. “It’s been a very long time…Probably in telling my husband.” she admits, referring to a time when a black man reportedly robbed a bank she was working in and put a gun to her head. “I didn’t feel real favorable towards him.” she said.

She was then asked if she has ever used it since then, “I’m sure I have, but it’s been a very long time.” She said. “But that’s just not a word that we use as time has gone on. Things have changed since the ‘60s in the South. And my children and my brother object to that word being used in any cruel or mean behavior.” Deen added. It appears like Paula was very honest in her deposition, she even admitted to asking black employees to dress up as slaves for an antebellum-themed wedding. Paula claims she got the idea from a restaurant where the waiters were all middle-aged black men, “They had on beautiful black jackets with a black bow tie…I would say they were slaves.”

The grandma of Food Network was also accused of telling offensive jokes, “It’s just what they are — they’re jokes. Most jokes are about Jewish people, rednecks, black folks, gays or straights, black, redneck, you know, I just don’t know — I just don’t know what to say. I can’t, myself, determine what offends another person.” she said.

Like we mentioned earlier, Paula is being sued by Lisa Jackson, the former manager of a restaurant that is owned by Paula and her brother, Earl Biers. Jackson claims she had to put up with constant racist language and she even says she was sexually harassed by Biers. According to Jackson, Biers would bring pornography to work and physically assaulted her on multiple occasions. And get this, it’s being reported that the black people who work at the restaurant are forced to use the back restroom. Only white workers can use the customers’ restroom.

A rep for Paula Deen told E! News, “Contrary to media reports. Ms. Deen does not condone or find the use of racial epithets acceptable. She is looking forward to her day in court.”

I think we’re all looking forward to her day in court. It sounds like Paula is still stuck in the 50s and 60s. I’ve always had a feeling she was a racist. I remember watching her show, and she’d always give more attention to the white eggs than the brown eggs. She’d just treat the brown eggs like they were nothing. It was really disgusting to watch.