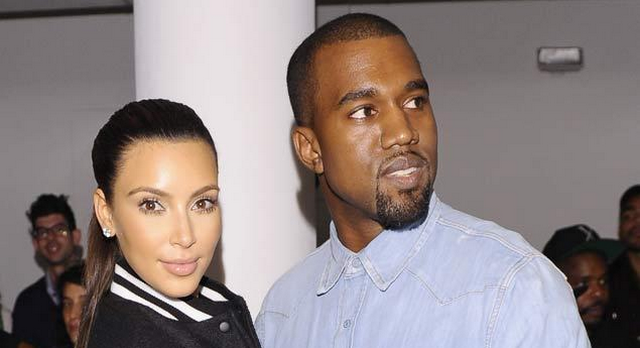 Did Kanye West Pop the Question?

Kanye West and Kim Kardashian have been in the headlines non-stop this past week after Kim gave birth to their first baby girl. There have been lots of rumors surrounding the couple. The long week of trying to figure out the baby’s name was quite entertaining. Well, now there is another rumor going around that claims Kanye secrently proposed to Kim Kardashian. The Sun claims that Kanye popped the question to Kim Kardashian just a few days after North West was born. The paper says he felt like it was only right since they just had a baby together.

The paper even claims they know what kind of ring he gave Kim. According to the paper, Kanye gave her a “rare black and tiger-stripe diamond ring” that costs him over $700,000! And they also say the wedding is scheduled for September of this year in Paris.

However, it’s important to remember that this is just a rumor and it is most likely not true. People magazine came out against the rumors. Their source told them, “I can’t imagine them not getting married. That’s in their future!” but the source says that there has been no proposal yet. The same source did say that Kanye West is a great dad,

“Kanye is already an incredibly present father. He’s very relaxed and comfortable. They’re putting work aside right now to focus on the family. They’re in it 100%.”

That certainly sounds nice, but what about the hands on stuff? Is Kanye getting in there and changing diapers? Well, according to a source that talked with E! News he is, “They’re splitting duties. Kanye is so hands on. He’s changing diapers.” the source says. “Kim always feared having a baby. She thought it would be so hard, but it’s all coming so naturally to her.” the source added.

It sounds like having the baby wasn’t the hard part, naming the baby seems like it the most difficult part. North? Really?! I just can’t get over that, but I won’t go into a full rant about the horrible name again. It’s their baby and they can give their baby whatever horrible name they want! The important thing is that it appears they are both doing their part. Kanye West is present and helping out with diaper duties, and Kim Kardashian seems to be doing great as a new mom.