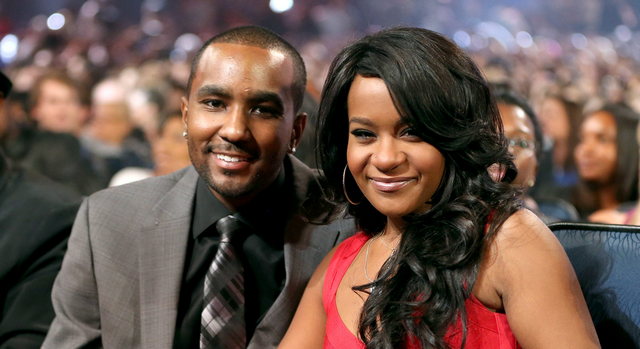 As we all know, the daughter of Whitney Houston is engaged to her “brother” Nick Gordon. It’s important to note they are not related, but Nick lived with Whitney Houston and Bobbi since he was 12. Whitney also called him her “son” before she died last year.

Because of their odd relationship, Bobbi has been receiving a lot of hate for her intimate relationship with Nick. However, the couple has never let the criticism get to them, in fact it has only made their relationship stronger.

Bobbi took to her Facebook page to quiet the haters…

“Yes, me and nick are engaged. I’m tired of hearing people say ‘eww your engaged to your brother or if Whitney was still alive would we be together or would she approve of this.’ Let me clear up something, we aren’t even real brother and sister nor is he my adoptive brother. My mom never adopted him. In fact, mommy was the one who even said that she knew that we were going to start dating. My mom knows me better than any of you.”

“People need to seriously stop judging my relationship. Pretty sure it’s my own decision who I want to be with … It is my life and not yours. The decisions I make have nothing to do with you. Goodnight.”

Well, damn gurl! Go on with your bad self. Shut them haters up! Tell me them what is going down! Keep it real! Have sex with your brother!