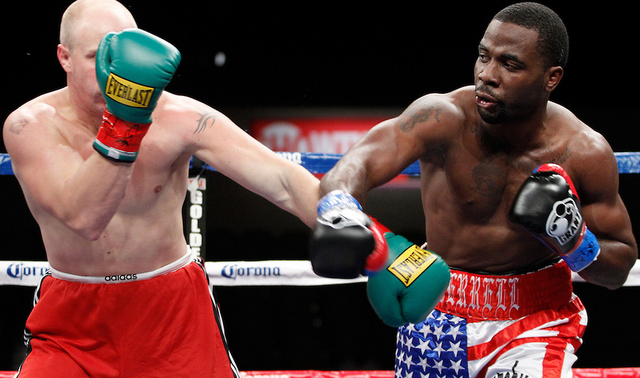 Why is he so ashamed? Well, because George Zimmerman walked free after shooting and killing Trayvon Martin. The boxer told TMZ the following,

“How can I wear my stars and stripes proudly in a country where they make a big deal out of Mike Vick fighting dogs; but not a young innocent black male’s life. When I represented my country in the Olympics I was proud to wear my flag. I even wore it on my head on the way to the ring. What happened this weekend was a slap in the face.”

Since he has officially turned professional, he’s not eligible to join the 2016 Olympic boxing team. However, it doesn’t sound like he would join even if he was eligible. He told TMZ that he wouldn’t want to represent a nation with “so much racism and hatred.”

Personally, I think this is a little silly, but let me explain. I’m certainly not calling the Trayvon Martin tragedy silly. However, I do think it’s silly how people seem to keep bringing up the whole Michael Vick thing. That is a terrible comparison and it honestly does not make any sense.

Also, why is this dude just now learning about the racism found in the criminal-justice system? It’s somewhat shocking to me that this is the case that has people outraged. Why aren’t people making a big deal about the amount of young black teens going to prison for multiple years for simple marijuana possession charges? Where is the outrage? Where is the media coverage? Where are the protests?

People love to blow up cases like the Martin case, jump on the bandwagon, get mad for a little bit and then never talk about it again. This media circus now is just a distraction to cover up the true racism that is still left hanging on in this country.