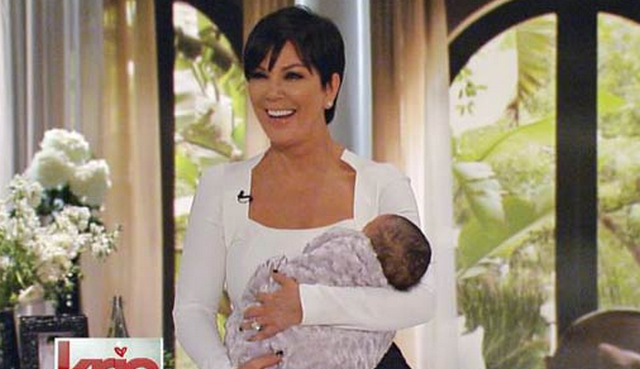 We all remember hearing the rumors. Baby North West just might make her first public appearance on Kris Jenner’s new talk show. Of course, no one really actually believed the rumors because of how private Kanye West seems to be with his baby. But don’t get too excited. It turns out that it was just a big joke to get people to watch her show. TMZ reports that the baby in the picture really belongs to a stylist that works on the show. This means that “North West Watch 2013” is still in full swing.

I really hope that Kris Jenner paid the stylist for using her baby like that. I’m not sure what stunt doubles make in Hollywood, but she better have received something for this tomfoolery!

Personally, I think the first pictures of North West will be in a magazine sometime in the near future. Who knows, though. They might never show the baby! Kanye might move the family to some secret island where he doesn’t have to interact with other humans.