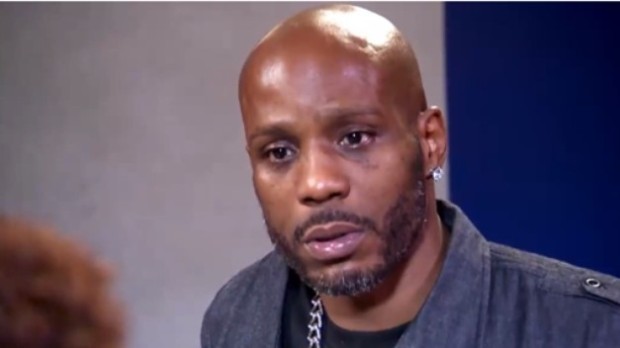 Hilarious Dash-cam Footage of DMX’s DUI Arrest. He Manages to Do Everything Wrong.

The footage obtained by TMZ shows DMX getting pulled over in South Carolina at 3 AM in the morning.  Quite frankly he is lucky the cop was level headed because most cops would not have been that cool and this could have easily been an entirely different article.

The cop pulls DMX over because he is swerving and you can actually hear DMX talking to the cop admitting he has had about 4 or 5 drinks.  He says he’s good to drive but the cop knows better and asks DMX to step out the car.  DMX then proceeds to walk out the car, reach into his pocket and pull out a lighter and light a cigarette and start smoking.

This simple act of reaching in your pocket at 3AM when pulled over by a cop can easily get you bucked down!!

DMX continues to smoke a stove while he is asked to take a field sobriety test. If you listen closely you can hear DMX rapping the “A,B,C’s”.  After successfully completing that as well as a shaky walk down  the straight line he is cuffed and arrested.

Before heading to the station X can be seen sitting in the car cuffed. While he is being asked a serious of questions he begins to nod off, again, and again. You actually start to feel sorry for him.  Despite all of the footage, X’s publicist Domenick Nati insists that he was not under the influence.

He was arrested early this morning but quickly released,”

X was given a breathalyzer test and easily passed it. He is back at his home in South Carolina and we are continuing our focus on his upcoming album and acting roles.

Just in case you were wondering what kind of car DMX is driving, it was 1978 Plymouth station wagon.  SWAG-LESS!