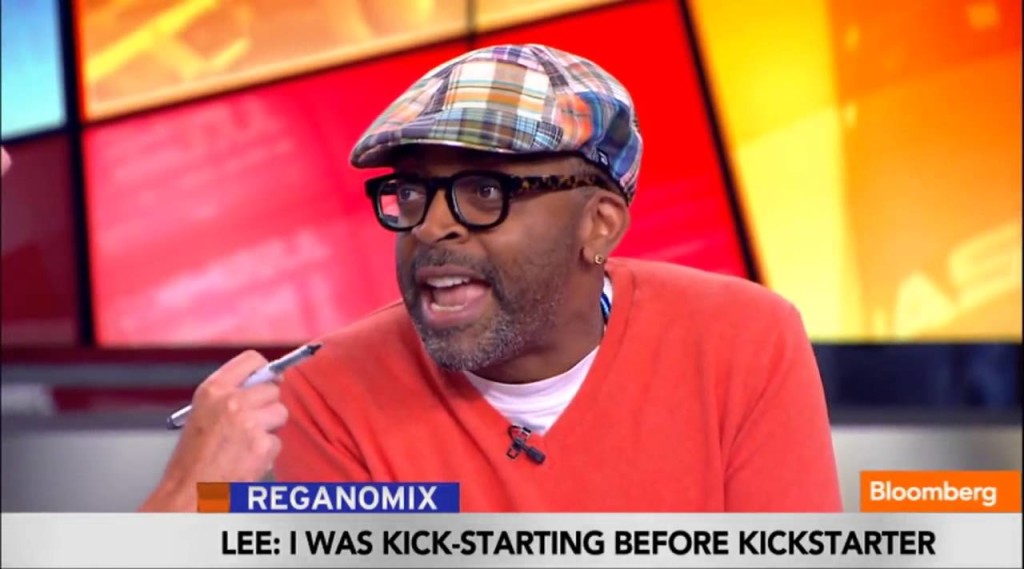 Spike Lee has been under attack for using Kickstarter to fund his next independent film.  Spike is being criticized for using the start up, crowd funding website to raise money for a project that he can more than likely “afford” to fund himself.

Spike decided to go on Bloomberg’s Smart Street and attempt to set the record straight…that’s when things got a little bit hectic.  The host Trish Reegen fired shots first in the intro….and Spike was not just not having that.

Trish tries to open the segment with a tongue in cheek statement saying that Spike Lee should “Do the Right thing”.  Before she could get the last word out, Spike was all over it.  He cuts her off, totally killing her vibe,

Trish thought she could smile and giggle her way through, but Spike made it clear that he was not there for Trish to look cute.  He was there for business.

He’s right.  Spike had to raise money for both “Do the Right Thing” and Malcolm X.  In fact when Malcolm X went over budget, spike received funding from some of industries black elite including Bill Cosby, Michel Jordan, Oprah and Magic Johnson.  Like he said, he was doing Kickstarer before there was Kickstarter.

[more…]Rob Thomas and Zach Braff have also used kickstarter to raise money.  Rob Thomas raised money for a Veronica Mars movie and Zach raised $2 million to fund a film of his own.  There was very little negative press surrounding their campaigns and Spike is pissed.

Trish thought she would make an ass out of Spike, ask him some questions to catch him off guard and cut him off before he can finish with a complete answer.  Not this time.  Spike is veteran and has been handling controversy since Trish has been in pigtails.  She was definitely outwitted, outplayed and outlasted.  Watch Spike take over the interview in the clip below.