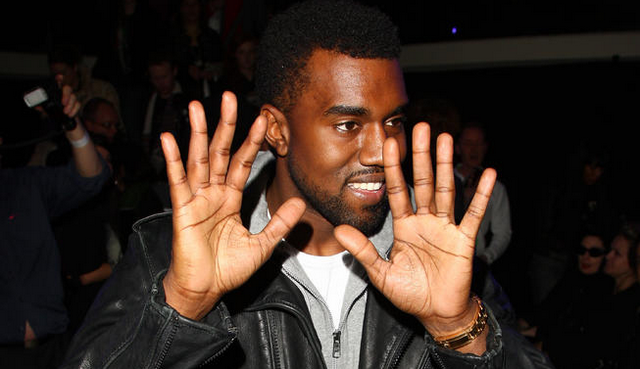 Kanye West’s ego took a hit Wednesday night when he was apparently booed by the crowd at the Dodgers game. Mr. West was attending the game between the Dodgers and Mets with Rob Kardashian.

Rob and Kanye were having a good ol’ time and then some idiot put Kanye West on the jumbotron and the crowd reportedly erupted with boos. After he was booed, Kanye reportedly moved over next to the Met’s dugout.

A writer for ESPN tweeted about the incident as it was happening, But according to US Weekly, Kanye didn’t let the booing get to him. He was seen laughing with Rob and enjoying the ballgame. You can see in the photo down below, Kanye does appear to be taking everything lightly. He looks happy and that’s rare for Kanye these days. Who dresses like that to a baseball game, though? That can’t be comfortable to sit outside in for three hours, especially with that huge chain around his neck.

We already know you have money, Kanye.