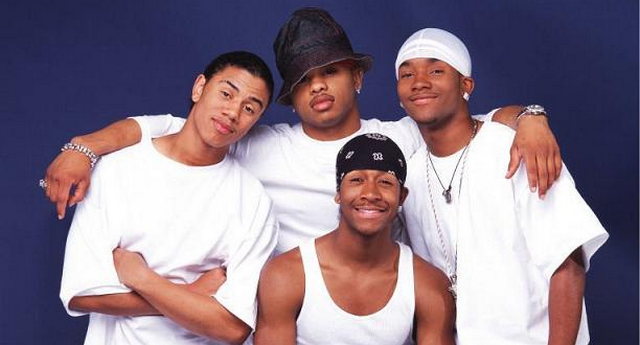 Remember Raz-B from the all but forgotten R&B group, B2K? Well, he’s apparently doing his thing in China now and has been for the past three years. The 28-year-old singer has been performing at various nightclubs around China.

Well, just yesterday things went very wrong for Raz-B during a performance at a nightclub in Zhejiang. During his performance on stage, Raz noticed people fighting in the crowd, so he decided to be the good guy and go break it up. However, when he tried to break up the fight, some idiot smacked him with a bottle right in his face.

The bottle to the face turned Raz into a bloody mess as you can see from the photo down below. The singer suffered several cuts and a really nasty gash on his lip. The police came in and arrested the bottle thrower and Raz. They were both hauled to jail, but Raz was released a short time later after police learned he wasn’t at fault. The dude who hit Raz with a bottle was forced to pay for Raz’s medical expenses which totaled over $5,000.

The former B2K member had to have surgery on his lip to repair the hole the bottle left behind. He also had to receive four stitches. The singer told TMZ the following,

“F–k this sh-t hurts. I have a f–king hole in my lip. Thank god I made it to the hospital.”

What a poet he is. He also informed TMZ that he is planning on moving back to the states at the end of the year to make his “big” comeback.

Yeah…good luck with that. I mean, I will forever love that “Bump, Bump, Bump” song. However, I don’t think many people are looking for that big “Raz” comeback. It might be wise for him to just stay where he’s at and try to become the David Hasselhoff of China.