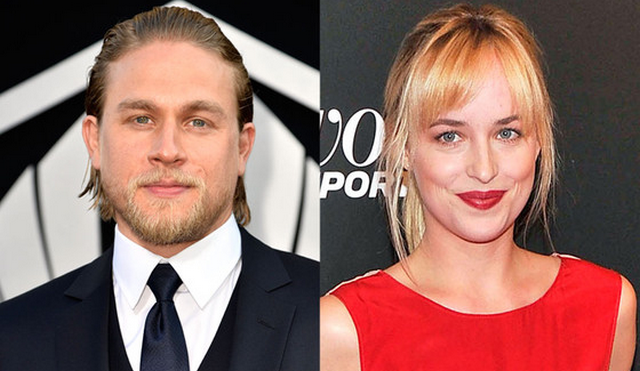 The speculation has been endless. Almost every celebrity in Hollywood has been linked to this film, but we now finally know who will play the two leads in, Fifty Shades of Grey.

Dakota Johnson will play Anastasia Steele and Charlie Hunnam will play the most sought-after role as Christian Grey. The author of the book confirmed the surprising news on her Twitter account Monday morning,

“I am delighted to let you know that the lovely Dakota Johnson has agreed to be our Anastasia in the film adaptation of Fifty Shades of Grey.”

And then she tweeted out some more exciting news,

“The gorgeous and talented Charlie Hunnam will be Christian Grey in the film adaptation of Fifty Shades of Grey.”

Dakota Johnson played in the big hit, “The Social Network” back in 2010, and she also starred in the short-lived FOX sitcom, “Ben and Kate.” She is also the daughter of Golden Globe winner Melanie Griffith.

And Charlie Hunnam currently stars in the FX tv series, “Sons of Anarchy.” He’s been in several movies, but both Charlie and Dakota are relatively unknown. Some fans are really upset by the choices, especially over the decision to hire Dakota to play Anastasia. Fans are saying it’s almost as bad as Ben Affleck being cast as Batman.

Ouch! I wouldn’t worry about it too much, though. Fans are never happy with the casting decisions because they already have someone in their mind who they just know it should be. I’m sure Dakota and Charlie will do just fine.

The important part is both of them should look okay naked, and that’s really all that matters.