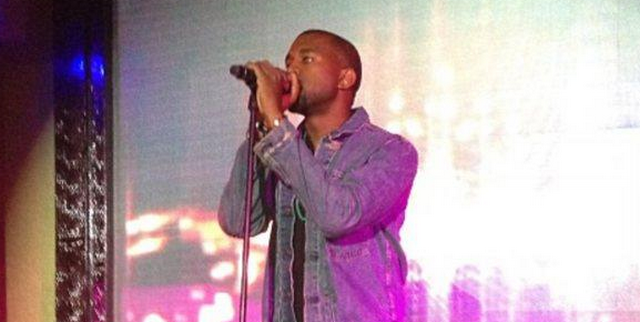 Kanye West just proved his balla’ status by making a cool $3 million for a single gig!

The new father was reportedly asked by President Nursultan Nazarbayev to perform at his grandson’s wedding ceremony. He was asked to perform some of his biggest hits, including, “Can’t Tell Me Nothing.” A song title that we think describes Kanye perfectly.

One of the people who attended the wedding actually recorded footage of Kanye performing on stage. You can take a look at it below…

It might just be me, but the people in the audience don’t seem to be enjoying their $3 million gift. If I spent $3 million on something, I’d go around to every person in that damn audience and force their ungrateful ass to dance.

Although, $3 million is pocket change to the President, considering he is believed to be worth billions. It’s amazing what a little oil can do for you!

Apparently, some people are pretty pissed at Kanye for accepting the gig. The President has been accused of corruption and violating human rights. However, West probably didn’t give a f–k when he saw how much they were going to pay him.

Could anyone really turn down that kind of money just to perform a few songs? Come on now! Let’s get off our high horses, and start practicing our rapping skills.