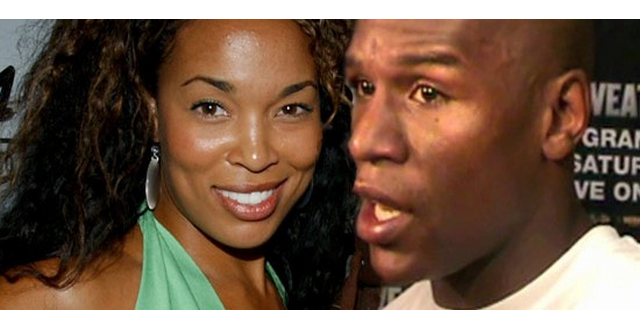 This is why we can’t have nice things! Floyd Mayweather Jr.’s baby mama is pissed at the designer who designed her 10-year-old daughter’s dress.

Apparently, Project Runway’s Michael Costello was paid almost $800 to design a “one-of-a-kind” dress for Mayweather’s daughter. Josie Harris (the baby mama) was initially impressed with the dress, but that all changed once she saw that Floyd’s girlfriend Shantel Jackson was wearing the same damn dress! (I think they both were ripped off, to be honest.)

“It’s an unspoken rule and a cardinal sin for a ‘real designer’ to dress clients alike going to the same major event … Tacky, tacky, tacky.”

“She is a total gold digger … She conveniently came back around 2 days before Floyd got his $41.5 million check.”

Damn, someone was sipping on that haterade! Why is she buying her 10-year-old daughter a $800 dress, anyway? No one needs that expensive of a dress, especially not a 10-year-old who probably doesn’t give a f–k what she wears to some boxing match.

She should have sent her out there with a Spongebob shirt and called it a day.