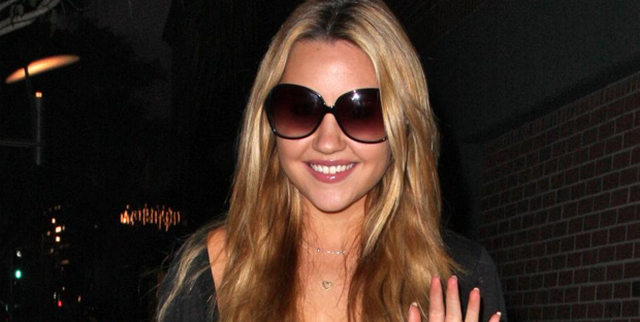 We were certainly surprised yesterday when we learned that Amanda Bynes had been moved out of the UCLA Medical Center and into a fancy rehab center in Malibu.

The move was surprising to many because she was expected to be under heavy psychiatric care for at least another year. Not to mention the fact that the rehab center she is in does not offer the same kind of care she was getting in the medical center.

However, it seems like everyone in the Bynes’ camp fully supports this move. According to her lawyer, Amanda’s parents are supportive and say she is “making great strides towards recovery.”

And get this, the move was actually advised by the doctors who were treating her at the medical center! It seems like the move had a lot to do with the kind of environment she was in at the hospital.

A source said the following,

“Amanda was stuck with people in much worse condition than her. She was extremely scared, afraid and did not leave her immediate room area.”

And apparently, the rehab facility she is in is offering her specialized one on one treatment for her condition. So, she will be getting the treatment she needs and she’ll also get a nice view of the ocean and she can even go horseback riding!

Of course, it’s going to cost a lot of money. According to reports, this move is probably costing her about $55,000 a month!

Hopefully it will all be worth it in the end. Maybe Oprah will give her own TV show like Lindsay and help her get back on her feet.