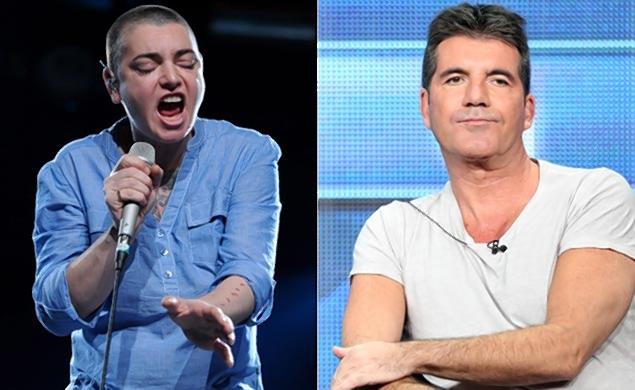 Sinead O’Connor has decided to take a break from attacking Miley Cyrus on Twitter and has now turned her venom on Simon Cowell. In a recent interview with the Ireland based Lee Tate Show, Sinead goes off on Cowell and other like him, stating;

Cowell, the mastermind behind mega-money makers like One Direction, hasn’t bothered to take the bait and respond.

All in all, Sinead is spending a lot of time giving music advice out to masters in the industry, without actually having produced anything more successful than a one hit wonder, when she did a cover of Prince’s ‘Nothing Compares to You” in the 1990’s.

Maybe it’s time for Sinead to ‘fight the real enemy’ by disconnecting her Twitter account and concentrating on her own career for a change?[more…]