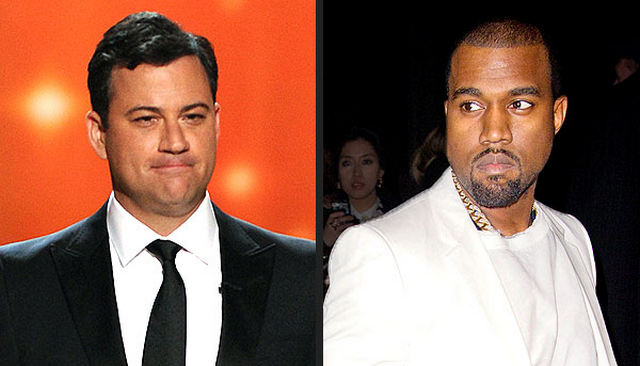 Almost two weeks ago, Kanye West and Jimmy Kimmel had a very public feud going on. Kanye West was pissed at Kimmel for mocking him on his show, and he went on a long Twitter rant against the late night talk show host.

The tweets were so outrageous that at some point during this whole thing, it became somewhat comical. And this was right after Jimmy Kimmel tricked the world with that twerking video.

So, many people were questioning whether this “feud” was actually real. Well, it looks like we are finally about to know exactly what happened later on tonight when Kanye West makes a special appearance on Kimmel’s show.

“Kanye and I had a disagreement a couple of weeks ago — and it got a little bit out of hand. Tomorrow night, we will sit down and discuss it like normal people do — on television.”

I really hope that they don’t announce that the whole thing was fake. I want to believe that Kanye West really is as crazy as he seems. It’s going to really f–k with my head if it turns out Kanye is “chill” enough to prank people.