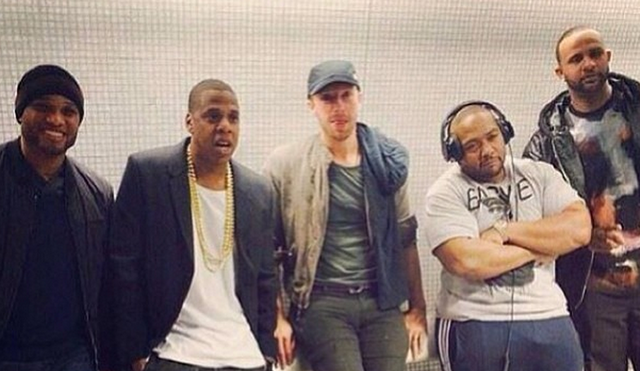 Two of the biggest names in music, Jay Z and Coldplay’s Chris Martin were performing in London the other day and they rode to the O2 arena in style.

As you can see in the photo down below. Jay Z, Chris Martin and even Timbaland took the London tube all the way to the arena. They boarded at the Waterloo station in Central London and never looked back. Normally, someone riding the tube to work wouldn’t be that big of deal. However, Jay Z riding it is a big deal because you would expect him to ride up there in a helicopter, or on the shoulders of 100 midgets.

Anyway, good for him. I’m sure it felt really nice to be “normal” for a change. If he ever wants to trade lives with me for a day, I’d be down. I promise I wouldn’t touch Beyonce inappropriately…unless she wanted me to.