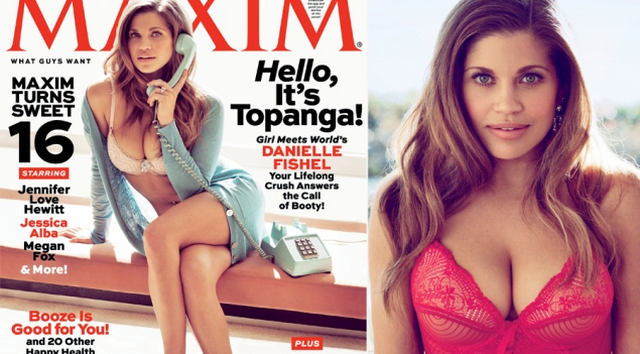 The internet trolls and bullies have crossed a line now. They are now going after the adorable Topanga. The girl who thousands of us had a crush on as a kid.

Well, Danielle couldn’t take it anymore and she went off on those online bullies on her Twitter account… Good for her. It’s silly people call her fat when she is so damn short, and who gives a f–k who she marries? She’s only 32-years-old herself, so what is the big deal? Seven years? Come on now.

I’m all for giving celebrities a hard time, but it has to be justified! And you really do have to be careful about what you say about someone’s weight. For example, Danielle had serious eating issues when she was a teenager.

She was obsessed with having a tiny waist, and started taking laxatives and only eating lettuce. She even admitted to making herself throw up a few times. Thankfully, she snapped out of it and she told People magazine back in 2010 that she is now comfortable in her own skin.

You see, internet bullies? Don’t you feel bad now? Keep up the nonsense and we’ll have to send Minkus to your house…