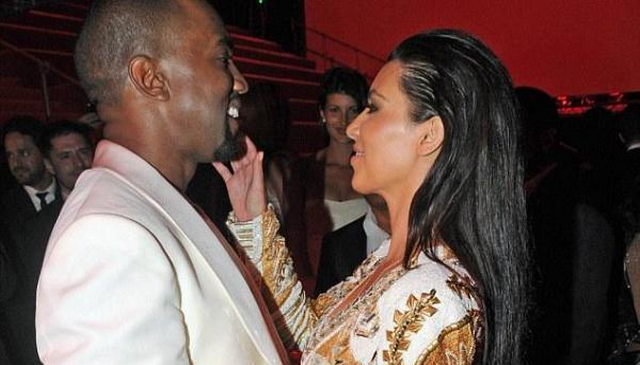 They just got engaged a couple of days ago, but sources claim Kim and Kanye are already planning their wedding.

According to multiple sources, they will not being having a prolonged engagement. They apparently want to make this thing official fast. “The wedding will happen quickly.” A source told TMZ.

And get this, it’s Kanye who wants the wedding to happen quickly. He wants to top his engagement with a fairytale wedding, “It’s going to be a blow out.” Sources claim.

Kim is all for getting married quickly, but she isn’t completely behind the idea of a huge wedding. You may remember how the big production for her last wedding turned out. It was televised on E! and then their marriage quickly went downhill.

We’ll see what happens, but there is some other Kim and Kanye news going around today. Remember that video of their proposal we showed you yesterday? Well, the person who filmed it might just be getting sued.

Sources say Kanye is pissed and he apparently knows exactly who did it. Everybody at the party had to sign a confidentiality agreement, so sources say a lawsuit will be coming soon.

Damn, they don’t play. How sad is that? Having to ask the guests at your own engagement party to sign confidentiality agreements. I guess you really can’t trust anybody in Hollywood these days.