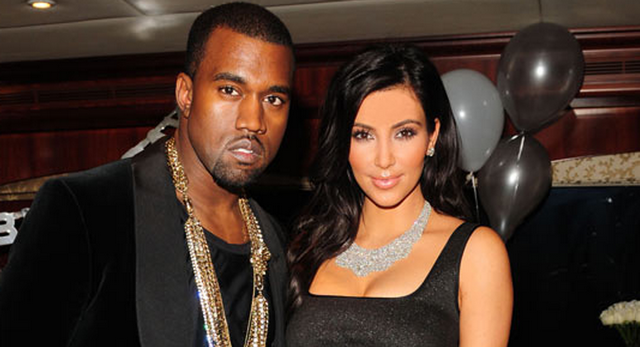 It seems like Kanye and Kim have the perfect relationship, right? The wonderful proposal video, the two of them confessing their love for each other in every single interview that they do.

Well, according to sources who talked with Life & Style magazine, everything we have seen so far regarding their relationship has been planned by Kanye. Friends of Kim say she is being controlled by Kanye and is acting “like a robot.”

“It was as if she’d been brainwashed about what to say. She didn’t have a sparkle in her eye that she once had.”

Maybe it was just bad lighting? But seriously, what sparkle are they talking about? Anyway, the “insiders” go on to say that Kanye is wanting complete control over their wedding,

“He’s calling the shots about the wedding, the house they’re constructing, everything down to what shoes she’s gonna wear to events.”

Are they sure they’re not confusing Kanye West with Kris Jenner? Because this certainly sounds like Kris Jenner behavior. Even if all this is true, is it really that surprising? I mean, it makes sense that Kanye was in control over the engagement. He was the one proposing!

Let’s at least let them get married before we start making up rumors about them.