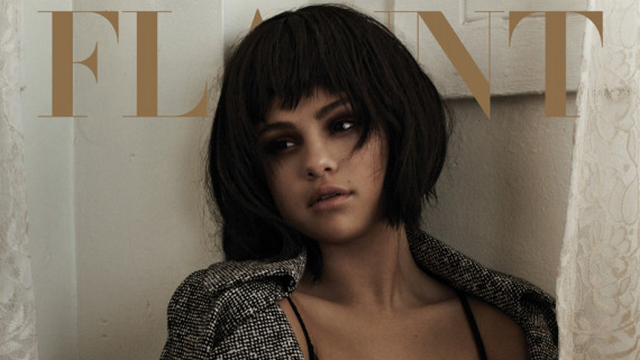 It’s hard to imagine Selena Gomez was ever with Justin Bieber. We’re not sure what she was thinking, but it’s clear that she can do a lot better.

The 21-year-old singer/actress heated things up for Flaunt magazine during a sexy photo shoot. It was shot by Amanda de Cadenet and we think it’s safe to say she did a great job.

You may remember Selena Gomez speaking out at one of her concerts recently. During her speech, she told her fans that she gets told every day that she’s “not sexy enough.” After this photo shoot, we’re pretty sure that those people will shut their mouth. She might not put her “stuff” out there like most celebrities her age, but that doesn’t mean she’s not sexy. It just means she might have a little more respect for herself than most people. Selena also talked with Flaunt magazine and during the interview she admitted that if her career in Hollywood never worked out, she believes she’d be back in Texas working at Cracker Barrel.

I thought this was interesting because I worked at Cracker Barrel for a few weeks last year. I was a prep cook and it was such a miserable place to be. She better be glad things worked out for her.

You walk in a Cracker Barrel and everyone is so warm and inviting, but you don’t see the real pain going on behind the scenes. Step back in the kitchen and you will the souls being sucked out of everyone back there.